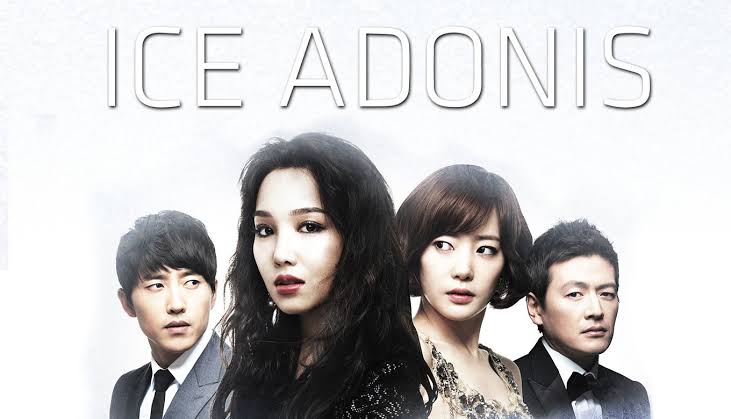 Yvonne finds out about Cyrus moving away. Yvonne is rejected by a private detective after asking him to find Cyrus. Eunice tries to stop her from finding him.

Rose gathers journalists to write a scandoulus story about James’ love triangle in order to get more votes for Kevin. Yvonne continues her search for Cyrus.

Eunice is caught in a lie when Detective Park tricks her into believing Cyrus’ fake death. Yvonne, distraught, is set on revenge.

Yvonne finds out about Eunice’s involvement and decides to confront her which lands her in jail. Kevin grows tired of Eunice’s games and casts her out.

Eunice reveals the truth behind Kevin’s family to Yvonne. Yvonne then seeks Kevin out to help her get back at Eunice.

A new investor has arrived and Yvonne tries to get back her old job. Eunice grows fearful of Yvonne’s constant presence.

J Cosmetics is holding a makeup show and Yvonne and Eunice are going head to head. Yvonne tricks Eunice into leaving early, ensuring her success.

Eunice interrupts Yvonne and Julia’s meeting and exposes Yvonne’s troubled past. Julia decides to give Yvonne another chance regardless and becomes suspicious of Eunice and James.

Julia confronts James and Eunice in which James admits to Yvonne’s innocence. Yvonne tricks Charles into revealing his plan and breaks into his house where she comes across a devastating find.

Eunice adds bee venom to the cream Yvonne uses on Julia, sending both women to the hospital. They’re informed another patient has checked in and find Eunice.

Eunice admits to her involvement in Katherine’s death. After overhearing the conversation between Yvonne and Eunice, he confronts Yvonne who says her only wish is to see everyone in prison.

Eunice, infuriated by Yvonne’s actions, steals another idea from her notebook. As Yvonne presents the idea, Eunice claims it as hers. After learning about Kevin and Yvonne, James becomes jealous.

Kevin invites Yvonne to his mother’s birthday celebration and introduces her as his fiancee. James begs Yvonne not to go through with it. Rose doesn’t approve of the engagement.

Charles and Eunice are sent into a panic once they learn about Yvonne finding the suicide note. Eunice plants keys in Yvonne’s purse and charges her for tresspassing.

Katherine regains consciousness and admits to Eunice’s involvement in her accident. Eunice tries to scare Katherine into staying quiet which results in Katherine falling off a cliff.

Yvonne calls the police to report her mother as missing. After tricking Eunice, Yvonne confronts her about the disappearance, but soon receives a call saying her mother’s been found.

Yvonne ends up taking over Eunice’s job and Eunice is now forced to work for her. Kevin hides the fact that he’s Yvonne’s pen pal.

Eunice hires a model as the face of J Cosmetics, unaware that Yvonne’s behind it all. When the model doesn’t show up Eunice panics. Ted and Susie find the mechanic who worked on Eunice’s car.

Eunice is able to raise more money for her campaign and get her job back. Little does she know she’s working according to Yvonne’s plan.

Eunice, James and Charles get texts regarding information around Katherine’s accident. The police surround Eunice and she sends the money to the blackmailer – unaware it’s Yvonne. James receives a call from Cyrus.