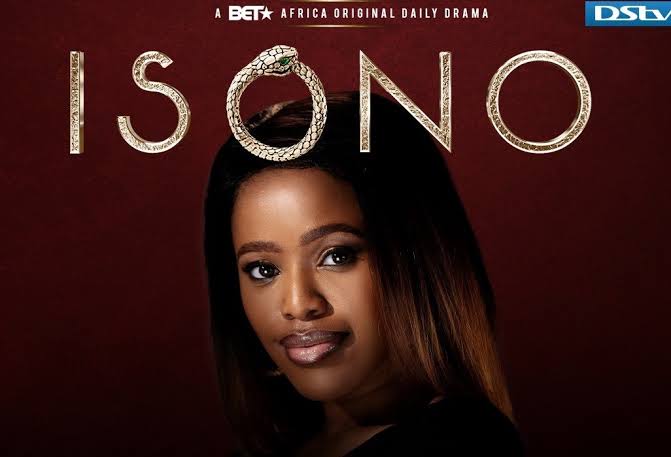 Gabriel avoids his mother and grows closer to Sarah whilst Abednego makes a power move. Esther is forced into a tricky situation and Simon devises a plan to get rid of the enemy.

Mary, who is falling apart, works hard to draw Mam Lilli and Gabriel back to her – but has less luck with Esther. Simon, however, plays Mummy’s boy, ensnaring the greedy Mma Ramotswe. Esther finds herself unable to tell Lesedi she used her song without asking.

Mary has decided to go Gabriel’s way and turn her back on crime; but can she really do that?

Simon puts a crazed plan into action to try and win Esther back for Mary. Meanwhile, Esther tries to reunite Zakwe and Lesedi. And the rest of the HOG kids get into a throwdown at the carwash. An event that Fentse seems to have predicted.

Look into the mirror

May buys into Simon’s plan to introduce Ester to her dad. Esther feels guilty about stealing Lesedi’s song. She goes on a bender with Maradona which quickly goes wrong. Meanwhile, at The HOG, Brigadier Mabongo gives The HOG kids a stern talking to. And Phindile has questions for Fentse about her strange premonition.

Mary finds comfort from an unexpected source whilst Mam Lili takes on a holy mission. Simon and Rubin strike a deal.

Sarah is clear on her mission. It’s an eye for an eye. Mary is trying to make Rubin a father. Phindile ups her mean-girl spirit.

Mary assures Gabriel that she is done with her criminal ways while Esther struggles with betraying Lesedi. Fentse is taken to hospital.

After turning down Siviwe, Mary gets a tip-off from Zakwe that Esther may be using again. Umpas gets Fentse some impepho and she attempts to speak to her ancestors. Meanwhile, Noluthando and Millicent suggest a new career path for Gabriel.

Mary puts her plan in motion and Esther gets the shock of her life when she meets her father. Fentse has another ancestral visit at school and Gabriel realises how fast he is approaching rock bottom.

Mary is beginning to distrust Rubin. She wants to cut him loose but Esther shows up at her house, changing Mary’s plans. AB and Maradona make big plans for the future of their business partnership. Meanwhile, Fentse’s spiritual issues continue to plague her.

He really can act

Rubin shows his abilities as he opens up to Esther while revealing his true colours. Gabriel bumps into Gombwa who offers him a private client. Meanwhile Zakwe is threatened into backing the brothel by Maradona.

Umpas and Lesedi try to their best to give Fentse the benefit of the doubt, but even Fentse doesn’t trust herself. Mary’s alarm bells ring about Rubin, she may just be right.

Esther turns to Rubin for help with her music, unaware he is a wolf in sheep’s clothing. Fentse goes missing. Mary is frustrated that Rubin’s dealing with Esther as he pleases. Worried that Simon can’t fix this, Mary grabs her gun.

Mary decides that it is time to permanently deal with an annoying pest. Fentse finds answers to her troubling dreams. Zakwe acts like a boss and he pisses off dangerous people.

Mary sets a trap for her lamb

Mary fills Rubin in on her new plan. Siviwe reveals to Makwande that he’s dating and Gabriel needs Abednego’s help.

Mary’s dinner doesn’t go as planned and is further derailed when a surprise guest shows up. Phindile films Fentse sleep walking hoping it will help Fentse. Gombwa fires his protection.

Mary finally breaks ties with Rubin. Umpas comes across some distressing information about Fentse’s past. Rubin finds himself at the mercy of a curious Sarah.