Kearyn Baccus (born 5 September 1991) is a South African born  Australian footballer who plays as a central midfielder for Kaizer Chiefs in the Premier Soccer League. 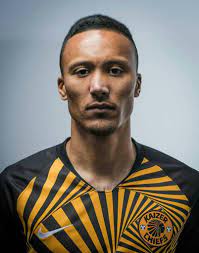 He was born on the 5th of September 1991 in Durban, South Africa. As of 2021, he is 30 years old and celebrates his birthday on September 5th every year.

Baccus joined Sydney FC’s youth program in 2008, then travelled to Europe in 2010 to join Le Mans’ youth program, after trialing at Mallorca and Real Sociedad.

Prior to his expected move to Siena, he signed a short-term contract with A-League team Perth Glory in 2012. He returned to Sydney, where he joined local side Blacktown City, after a disastrous spell in Perth owing to injuries and lack of fitness.

Baccus signed an injury-replacement contract with Western Sydney Wanderers on November 6, 2014. He signed with Melbourne City FC as an injury replacement player in October 2018.

He signed a three-year contract with Kaizer Chiefs in South Africa on July 5, 2019.