Gerald Mlotshwa is a Zimbabwe lawyer who mainly practises commercial law and is the founder of Titan Law. In May 2019, he was appointed as the chairman of Zimbabwe Sports Recreation Commission (SRC). 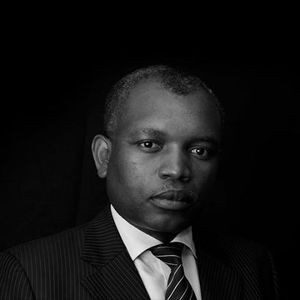 Mlotshwa had his secondary education at Bulawayo’s Christian Brothers’ College. He proceeded to spend four years in the United Kingdom after which he graduated from the University of London with a Law Degree.

He has expertise in Corporate Law and General Deal Structuring. He is responsible for many of the major debt restructurings on the market currently.

He is noted as a leading authority on Agricultural Law in Zimbabwe and coordinated the SADC Tribunal cases. He led a legal team to Luxembourg to appear in the General Court of the European Union, in relation to the country’s litigation against the EU imposed economic and targeted sanctions.

Much of his time is spent on providing Corporate and Commercial Advice to clients both in Zimbabwe and the world over.

He is married to Farai Mnangagwa who is the daughter of Zimbabwe’s President Emmerson Dambudzo Mnangagwa.

He has an estimated net worth of $1 million which he has earned as a lawyer.