Kylie Fisher is a South African actress and writer known for her starring role as Jessie in the murder mystery series Recipes for Love and Murder. 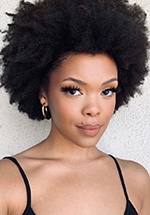 She graduated from the University of Cape Town with a drama degree and had a small role in the HBO Max series Raised by Wolves in 2020, as well as a larger role in the M-Net telefilm Herb & Moon.

She has also appeared in commercials for OK Foods and Pick ‘n Pay.

In the South Africa/Scotland co-production of Recipes for Love and Murder in 2021, she was cast as Jessie September, a risk-taking rookie journalist who teams up with advice columnist Maria Purvis (played by Maria Doyle Kennedy) to solve a murder.

List of International and Domestic Airports in South Africa