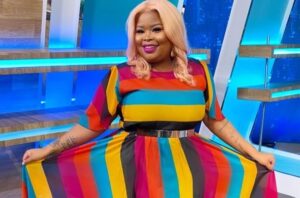 Her parents are known as Brian Tlhabi and Penny Osiris, who were both doctors.

Before returning to South Africa to work as a screenwriter in 2014, Tlhabi studied theatre at Brunel University in London and musical theatre and television composition at the New York Film Academy and Columbia University in New York.

When she began vlogging on YouTube as Coconut Kelz, she was writing for television and acting as a DJ (as Dame the DJ). Kelz is a “caricature of a self-hating black individual who hilariously articulates communal white anxieties in post-apartheid South Africa,” according to the creators.

The over-the-top persona, according to Tlhabi, is a way to “play these [racist] feelings back to them [white girls] in a funny way so they’d really listen and not get defensive.”

Her comic references and inspirations include Issa Rae, Tina Fey, Mindy Kaling, and the puppet Conrad Missing. Others also likened her race-bending satire to Ali G, a film by Sacha Baron Cohen.

She has an estimated net worth of $200,000 which she has earned as a comedian and writer.

How To Start a Beauty Business in South Africa