Lorcia Cooper (born 9 November 1978), is a South African actress and dancer. She is best known for her roles in the popular television serials Lockdown, Zulu Wedding and Hey Boy. 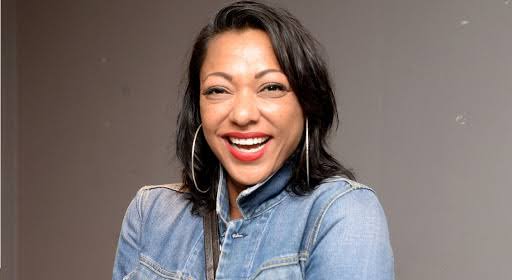 She was born on the 9th of November 1978 in Cape Town, South Africa. Cooper is 43 years old at of 2021 and celebrates her birthday on November 9th every year.

She is married to Mandla Khumalo. The couple has one daughter and one son.

When she was four years old, her parents enrolled her to a dancing class after seeing her passion for dancing and competed at Latin American and Ballroom dancing competitions. At the age of five, she won her first competition in the provincial championships for both Ballroom and Latin American dances. At age of eight, she attended to the Academy of Dance and studied dancing under renowned choreographer Debby Turner, who became her mentor and guide. Later she joined the North West Arts Council’s Dance Academy where she was lucky to be a teacher in late years. When she was 19 years old, she won the FNB Vita Best Female Dancer Award.

She later joined with SABC2 channel and became a Travel Xplorer presenter. During this period, she was invited to play the lead role ‘Cindi’ in the film Hey Boy directed by Andre Odendaal which was aired in 2003. In 2008, she was appointed as one of the judges in the dancing competition, Dans! Dans! Dans! aired on ykNET. In 2008, she became the choreographer and judge in the reality competition, ‘High School Musical: Spotlight South Africa’ aired on M-Net.

In 2017, she played in the Mzansi Magic show, Lockdown with the role of ‘Tyson’ in its fourth season. In the same year, she played the supportive role ‘Marang’ in the film Zulu Wedding. In March 2019, she won the Best Supporting Actress Award at the SAFTA awards for her role in Lockdown 2. In September 2020, she appeared in the Mzansi drama series Housekeepers with the role ‘Mkhonto’.