Lunga Shabalala (born 22 May 1989), is a South African actor, TV presenter and model who rose to fame as a presenter on the SABC 1 entertainment and variety TV show, Selimathunzi. 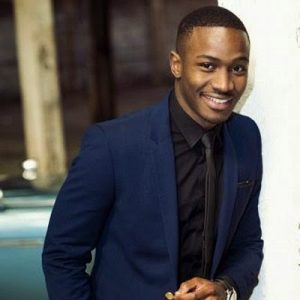 He was born on the 22nd of May 1989 in Pietermaritzburg, KwaZulu-Natal, South Africa. As of 2022, he is 33 years old and celebrates his birthday on May 22nd every year.

Lunga Shabalala relocated to Johannesburg to pursue a career in television. In August 2010, he entered the Calvin Klein Represent South Africa modeling competition. He won the competition, drew widespread notice, and then made his broadcast debut.

He was a guest on the entertainment countdown show 10 over 10 in 2013. He was picked as a co-presenter for SABC 1’s official New Year’s Eve show Come Duze later that year. For three years, he hosted the yearly show.

He and Janez Vermeiren were chosen as co-presenters on the SABC 3 reality TV show Man Cave in 2014. Male contestants compete in male-themed adventurous undertakings on the show.

In February 2015, he appeared on Celebrity Masterchef South Africa, a South African version of the hit Australian reality TV show of the same name.

In June 2016, he was picked alongside Bonang Matheba and Pearl Modiadie to co-host the red carpet at the 2016 South African Music Awards at the Durban International Convention Centre.

In 2018, Lunga Shabalala earned the role of Lindani on the critically praised M-net original production The River, which broadcast on Dstv’s 1Magic channel, in what is likely his first notable acting job. The show went on to become one of South Africa’s most popular television shows and received critical acclaim.

He has an estimated net worth of $200,000 which he has earned as an actor, TV presenter and model.