Arthur Molepo is a South African actor and sculptor known for his role as Busang, the family”s black sheep, in the SABC1 soap opera Generations. 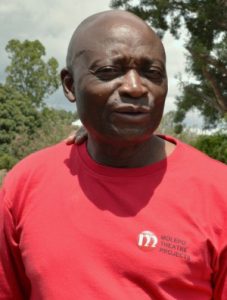 He is recognized for originating the part of Mingus in the stage musical Sophiatown at the Junction Avenue Theatre Company, and for playing dishonest local government official Sydney Shabalala in the e.tv soapie Rhythm City.

The Lab, Soul City, Sokhulu & Partners, When I Eat Chocolate, I Remember You, and the Mzansi Magic original drama series Mshika-shika are among his other television appearances.

Mapantsula, Hijack Stories, Orlando, and the short films Victor Orange and The Storekeeper are among the feature films in which he has appeared.

How to Fix DStv Remote not working