The group carries operation Jetro Holdings, owner of Restaurant Depot, and Jetro Cash & Carry. The Kirsh Group also holds equity and investments in Australia, Eswatini, the UK, the US, and Israel.

He is married to Frances Herr, and together they have three children, one son named Philip Kirsh, and two daughters. Both of them reside in Ezulwini, Swaziland.

He is the founder of the Kirsh Foundation which is an international charitable organization. Some of the foundation’s projects include a microfinance venture in collaboration with Swazi chiefs to provide “affordable loans and financial literacy training to Swazi women.”

Kirsh’s seed fund, Inhlanyelo  as of 2010, had financed “5500 successful small businesses.” By 2015, around 20,000 people were employed by small-scale businesses started by the fund.

According to the Forbes list of The World’s Billionaires for 2020, Kirsh was ranked the 614th-richest person in the world with a net worth of US$4 billion.

He has also been named as the wealthiest person in Swaziland by Forbes Magazine. 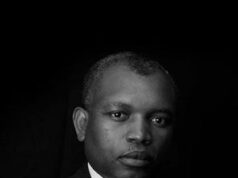