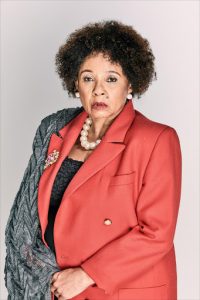 Nomsa was married to actor Peter Sephuma until their separation in 1990.

She has acted in the films The Gordimer Stories, My Country, My Hat, Morenga, Red Scorpion, Sweet ‘n Short, Jump the Gun, Chikin Biznis, and Pure Blood,

In addition to appearing in Going Up and Tarzan: The Epic Adventures, she made a surprise appearance in the third season of That ’70s Show as Regina Mtu.

She came out of retirement in April 2017 to reprise her role as Lydia in the e.tv drama Broken Vows, where she stars as Thandi’s (Jo-Anne Reyneke) biological mother.