Nomusa Dube-Ncube is a South African politician and diplomat who has served as the KwaZulu-Natal MEC for Finance since November 2020.

From May 2019 to November 2020, she served as the MEC for Economic Development, Tourism, and Environmental Affairs.

She served as the MEC for Cooperative Governance and Traditional Affairs from July 2009 to May 2019. She was South Africa’s envoy to the Czech Republic before joining the legislature. 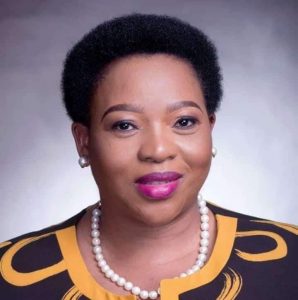 Until it was merged into the eThekwini Metropolitan Municipality in 2000, Dube-Ncube was the mayor of the North Central assembly.

Nomusa Dube-Mncube then served as the eThekwini council’s chief whip until she was appointed ambassador to the Czech Republic. She was elected to the KwaZulu-Natal legislature and was appointed chief whip by the African National Congress.

She held this seat until July 2009, when she was named MEC for Cooperative Governance and Traditional Affairs by Premier Zweli Mkhize.

She has an estimated net worth of $200,000 which she has earned as a politician.

How & Where to Pay Your Municipality Bill