Taxes are levies collected by the government or its agencies. They are a means for funding government spending. Taxes are collected in different ways and forms and therefore, there are different types and systems of tax.

The popular types of tax are personal income tax, company income tax, value added tax (VAT), and property tax amongst others. The system of tax is defined by the relationship that exists between the elements of tax; tax base and tax rate. Tax base is the item on which a tax is collected. 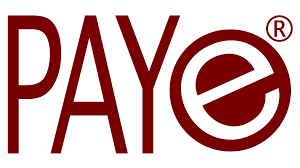 Tax base can be personal income, property, goods produced and/or purchased, and so on. Tax rate is the proportion of the tax base that is collected by the government or its agency as tax. Tax rate is usually expressed in percentage.

For instance, if Mr. Smith earns R50,000 and the personal income tax rate is 10%, the tax base is the R50,000 earned by Mr. Smith and the tax rate is 0.1 (that is 10% expressed in decimals). Therefore, the tax amount to be collected by the government is R50,000 multiplied by 0.1 which is equal to R5,000. So the government goes with R5,000 out of what Mr. Smith earned, and then Mr. Smith would go home with the remaining R45,000 which represents what economists refer to as disposable income or after-tax-income.

Haven understood the elements of tax, we can proceed to talk about tax system and PAYE which is our main focus. There are 3 tax systems which depend on the relationship that exists between tax base and tax rate as mentioned earlier. They are as follows:

In this case, everybody pays the same tax rate regardless of the level of tax base. For instance, if someone who earns R10,000 and the person who earns R30,000 both pays 10% as tax, then we say the tax system is proportional.

Now to PAYE. PAYE stands for Pay As You Earn. It is a system through which salary earners pay their tax. The employer simply deducts the amount to be paid as tax from the employee’s income and pays it to the South African Revenue Service. Many people find it a difficult task to calculate PAYE, but we would work through the process step by step.

The tax amount is calculated by multiplying the tax rate by the amount at each breakdown level. At the end of the day, Mr Ben would pay R992,000 in total to the tax authority out of his annual income of R5,000,000. Mr. Ben would then go home with a total of R4,008,000 which is his disposable income.

Do not forget that for the sake of simplicity, we assumed that Mr. Ben does not have any deductibles or tax exemptions. In reality, however, there are deductibles that would be considered before deducting tax from an individual’s taxable income.

This article was published by Damilare Gideon Ojo;