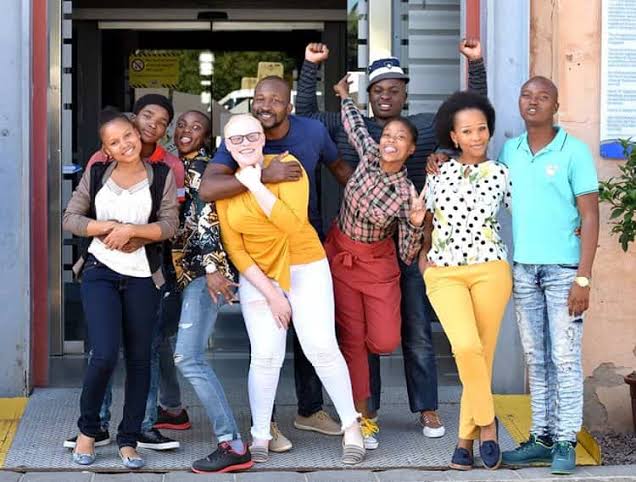 Kwaito gets the permission he needs to fulfill a lifelong dream. Lizzy is hopeful that her friendship with Mapitsi is restored, but Principal is having none of it. Charity is adamant that she is done with Manaka.

The Seakamela sisters want to do something behind MaNtuli’s back that will surely upset her. Evelyn’s truth bursts Wallet’s bubble. Malebana and Babeile are thrown when two unlikely allies rock up at the police station.

Malebana pays MaNtuli a visit with some great news regarding Kwaito’s book. Wallet meets with Evelyn and learns some startling information while he battles with his attraction towards her. Meikie makes Tbose’s day with a generous gesture.

Marothi’s ticket to win back the people of Turf’s trust slips right through his fingers. Evelyn steals something from someone she admires in order to lure him to her house. Lizzy defies Principal and follows her heart regarding a friend of hers.

Phumeza’s article about Lelo hits the shelves and it’s not pretty. Wallet is unimpressed when he sees his crush with a Ben Ten. Pretty confronts MaNtuli about her favouritism.

Kwaito delivers a stern warning to an insecure girlfriend. Things get steamy between Wallet and his new beau. Lelo fumes at the betrayal of her cousin.

MaNtuli is not impressed with her children for conspiring behind her back. Wallet and Evelyn get up to no good. Lelo and Maureen have a heart to heart.

Just when Lelo thought she could handle Lehasa, he strikes again. Pretty realises that getting the samples doesn’t mean she can get the DNA tests done. Wallet is enjoying Evelyn’s company and will not let Charles guilt-trip him.

Pretty learns of a shocking old rumour regarding her paternity. Charles takes desperate measures to break Wallet and Evelyn up. Mfundo’s attempt to help Lelo’s cause is met with disapproval from his aunt.

Kwaito and his siblings are shocked to the core when they receive the DNA results. While Wallet is having the time of his life, his piglets wreak havoc. Lelo prepares to leave the big city for Matsulu.

The DNA results wreak havoc in the Seakamela household. Pretty finds herself bearing the brunt of MaNtuli’s wrath. In an attempt to save a friend, Charles takes drastic measures to put an end to his fairy tale.

Clement overhears a conversation that threatens to tear the Seakamelas apart. Charles’s fury towards Wallet reeks of jealousy. Leshole looks forward to an exciting opportunity to work with the Air Force.

The Seakamelas receive earth shattering news. Charles changes tact in his quest to break a couple up. Kat receives valuable advice from Granny much to Charity’s worry.

Kwaito’s life is becoming undone and he battles to hold it together. There’s trouble in paradise for Evelyn and her new beau. A cold war is brewing between Candice and Kat.

Kwaito’s anguish is released in a blood-curdling scream for all of Turf to hear. Wallet is devastated when he finds out that the love of his life was intentionally deceiving him. Manaka’s feeble attempts to win Charity back are to no avail.

Kwaito’s mind runs wild as he hones in on memories of someone that he thinks might be his father. Melita is impressed with Wallet’s resolve while she also feels for him. When Lehasa is unimpressed with an employee that has played truant, Fanie sees a gap.

Wallet reaches out to a struggling young writer, and gives him hope again. A desperate woman seeks help from another to reclaim the heart of her wounded lover. Lehasa is struck by the beauty of a young woman who cannot stand him.

MaNtuli is forced to confront the truth about Kwaito’s father. Charles can’t keep Wallet from finding out the truth about what he did. It looks like Lehasa has an eye for a young law student from Turf.

MaNtuli drops a bombshell regarding her deepest, darkest secret. Leshole gets a big break in his career. A reconciliation happens to a couple that has been at odds for a while.

Leeto reveals that he knows who Kwaito’s father is. Evelyn wants to find a way to reunite two good friends. Candice is stunned to learn that her father is going to be flying down to Pretoria with a rookie pilot.

Wallet is stunned by the arrival of a man who refers to Evelyn as his wife. Eunice is excited when Lehasa continues to make moves on Pretty. Kat cringes when Riaan sees a drunk Leshole at Capsy’s.