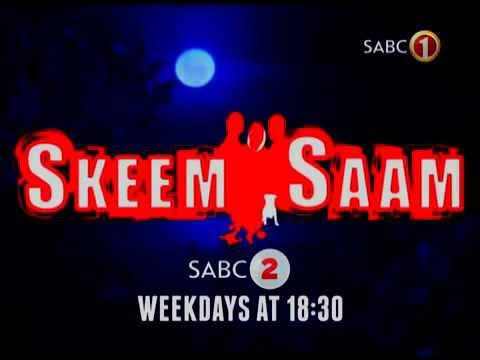 Elizabeth suspects Glenda is in Joburg with Kwaito. Nomalanga searches high and low for answers regarding Lelo. MaNtuli is nervous about the possibility of her estranged husband walking back into her life.

Kwaito finally arrives at the address his father is said to live. Spending Good Friday with family makes Mapitsi emotional about her decision to leave Pitsi. Lelo arrives at Mfundo’s house but has to hide when someone they know arrives.

Pretty remembers something disturbing about Seakamela’s last visit. Mapitsi leaves for Johannesburg and Tbose has to look after Pitsi. Mfundo has to relate some disturbing news to his family about Lelo.

Pretty is hurt by a secret from the past involving a DNA test. Kwaito throws Lizzy’s kindness back in her face. Nomalanga, Francois and Fanie try to plead Lelo’s case but it’s to no avail.

A desperate MaNtuli swallows her pride and apologises to someone close to her. Someone unexpected arrives at Mfundo’s doorstep leaving both him and Nomalanga shocked. Tbose is thrown when his father takes his mother’s side about his parenting skills.

Aunt Rebecca makes a request to the Seakamelas that doesn’t sit well with MaNtuli. Kwaito lays down the law to both his girls just before things get out of hand. Marothi goads Lehasa about a very sensitive matter.

Kwaito is in disbelief at how quickly a decision affecting his future has changed. Meikie fumes at Mapitsi’s new golden opportunity. Mfundo worries about his wayward cousin.

Kwaito and Glenda stress about a certain maid of honour in an upcoming wedding. Tbose and Meikie continue to clash about Mapitsi’s internship. Chef Kgosi is spooked when he learns how dangerous Lelo is.

Elizabeth is devastated by Mapitsi’s change of mind about a crucial member of the wedding party. Meikie and Joyce also butt heads about the looming wedding. Francois has solid advice for Lelo.

Kwaito’s crumbling love triangle causes trouble for the wedding, and leaves both the Maputlas and Magongwas in a tizz. Mfundo calms Lelo down when she lets her imagination run away with her about something important that’s missing.

MaNtuli is surprised when she visits Meikie, and she behaves in an uncharacteristic manner.

Charity makes a shocking request to Kwaito after reading his palm. Clement reveals a Seakamela family heirloom to Wallet and Charles. Lelo cooks up a strategy to deal with Turfloopers.

Charity’s prophesy about someone’s father causes a lot of grief. Meikie deliberately bails out on Tbose when he needs her the most. Wallet conducts his own investigation into his lost poetry.

Charity reveals her true intentions and leaves Kat stunned. Glenda confronts Kwaito, but things don’t turn out how she expects. Meikie puts her foot down and Mapitsi reaches breaking point.

Mr Kgomo leaves Kwaito drowning in troubling thoughts when he reveals something about Charity. Tbose and Mapitsi hope to break the lobola tradition but the elders are not having it. Mfundo refuses to apologise about comments he made regarding someone’s lack of talent.

Kwaito humbly requests Lizzy’s advice regarding a sensitive matter but she is short with him. Meikie learns of Mapitsi’s frequent hangout spot in Joburg and flies off the rails. Charity drops a bomb on Manaka via text and he goes berserk.

Kwaito realises what he has to do to formally establish his paternity. Charity and Manaka’s breakup doesn’t sit well with him and those around them. Mapitsi is left feeling guilty when she learns a little truth about Pitsi.

Kwaito is bummed when his elaborate scheme to use Rebecca fails. Mfundo starts doubting whether Lelo has changed when he finds something at her desk. Alfred’s attempt to read Mapitsi the riot act fails dismally and he ends up feeling for her.

Kwaito has a pleasant surprise for MaNtuli. The Maputlas are shook when Mapitsi returns with a couple of audacious declarations. Lelo gets a job offer from a wary samaritan.

Kwaito is caught off guard prepping DNA samples. MaNtuli has good news her closest friend is not as excited for her as she expects. Charles remains burdened by Wallet’s prison letters.

MaNtuli is devastated when Kwaito reveals what the DNA tests are really for. A journalist has gone AWOL and this bothers one particular ex-con. Melita and Wallet are very generous with their compliments to each other.

Charity’s apology to someone she’s hurt doesn’t go as planned. Marothi’s attempt to do damage control on a story goes in vain. An enchanting angel lands at Wallet’s doorstep and steals his heart.