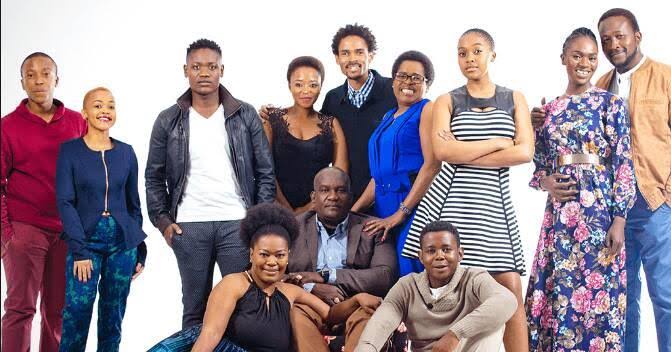 Pretty’s plan backfires. Koloi takes measures to restore peace at home. Mokgadi is happy that step one of her plans is coming together.

Mokgadi attempts to justify Noah’s behaviour to the Maputlas but things go awry. Sphola makes a business proposal to Kat involving Pretty but Kat is too protective. Sis Ouma surprises Koloi with a kind gesture.

Noah is upset when he learns about a move Mokgadi made at the meeting with the Maputlas. Ramolao gives Sis Ouma a gift that makes her emotional much to his befuddlement. Pretty is angry at a reference Nimza makes about a gesture he afforded her in the past.

Pretty’s 21st birthday plans remain unclear and this worries Kat. Mapitsi starts doubting the decision to get married when a relative expresses disapproval. Sis Ouma’s heart melts at a grand gesture from Koloi.

Tbose realises that his plans may be scuppered. Pretty’s 21st birthday causes some unexpected problems. Koloi is conflicted about difficult news he needs to deliver.

Feeling cornered, MaNtuli makes a jaw-dropping announcement. Mapitsi gets a glimpse of what being a Maputla bride feels like. Koloi is in for a pleasant surprise when Sis Ouma expresses a change of heart.

Mapitsi realises that her lobola negotiations are not going to be smooth sailing. Kwaito is stunned when MaNtuli asks him to cough out money for a grand gesture she’s promised to someone. Koloi and Ruth make decisions about the future of their relationship.

Kwaito blurts out a shocking truth to Pretty. The Grade 12s are not too chuffed with the surprise twist to their mock exam.

Pretty plans to meet with an ex who’s still hung up on her. Sthoko is given a heads up about who is trying to send her career to ruins. Tbose receives a dose of good and bad news.

Nimza’s scathing comments in public leave Pretty ashamed. Sthoko’s investigations confirm her suspicions. Meikie fumes at a decision made by her soon to be daughter-in-law.

Things don’t bode well for Kat when he goes to confront Nimza. A soon-to-be bride agrees to go visit her future family. Sthoko is threatened with a defamation lawsuit.

Pretty learns some disheartening news about her beau. Alfred is angry at Sthoko for pulling a desperate stunt that might jeopardise her job. Meikie is unimpressed when Tbose invites a guest over without checking with her.

Pretty is pushed to the edge and is forced to take drastic measures. Meikie is surprised to discover she has been duped into a particular agreement. Manaka is confused when he finds himself a victim of undeserved hostility.

Pretty will not keep quiet about Nimza’s sexual harassment. The issue of the English teacher post heats up. Meikie struggles with having another woman in her house.

Pretty shocks everyone with her plan of action if the varsity doesn’t come to her aid. History threatens to repeat itself at Turf High when a certain student campaigns to have a teacher removed. Mapitsi receives a disturbing call from her father.

Pretty takes her issue with Nimza beyond the confines of the university. A relative of Mapitsi’s storms the Maputla house. Principal serves one of her senior teachers with a verbal warning.

Nimza’s reckoning looms. Mapitsi’s father has exciting news for Tbose and Mapitsi. Principal fumes when one of her teachers misses school again.

Nimza tries to do damage control with his accuser but ends up making things worse. MaNtuli offends Sthoko about her job. A date is finally set for an eager couple’s lobola negotiations.

Pretty is livid when Kat chooses her enemy over her. Two lovers fight over one’s lack of ambition. Sthoko discovers why Clement got into a physical fight.

Celia is shocked when she hears from a trusted source about Nimza’s run in with the law. Two quarrelling lovers do a 180 degree turn. Meikie is unimpressed when Mapitsi sides with Mokgadi.

A young inventor is arrested at the worst time imaginable. Tbose finds himself frustrated when matters unrelated to him threaten his lobola negotiations. Sifiso is denied the opportunity to be present for his wife when she most needs him.