These Streets centers around the lifelong relationship between Shantanu (Avinash Mishra) and Puchki (Vrushika Mehta), who were best friends as children. They were raised in a brothel in Kolkata and were inseparable – until they were separated when a rich family adopted Puchki. Years later they meet again and the drama of the series unfolds.

Premiere episodes of These Streets air on Zee World from Mondays to Fridays at 19h00. 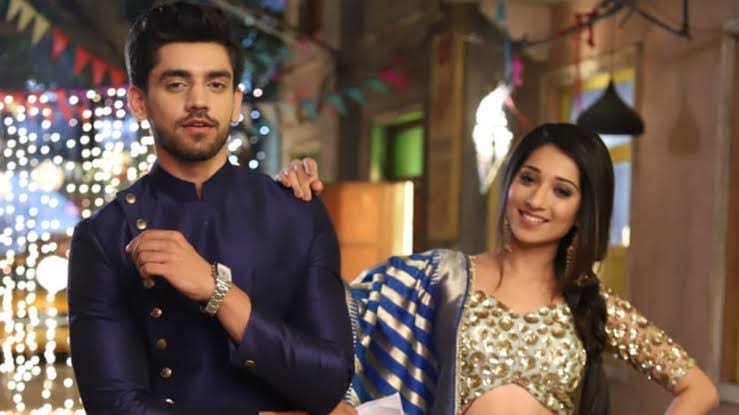 Puchki gets a word of knowledge from a seer. Aunt Sicrity wishes Shan would rid himself of the clutches of his evil stepmother and yet Asmita has severed all ties with the Mazumdar family.

Redoy has finally lost it and subjects himself to physical pain and Nivedita walks in on him bleeding.

Redoy has reached a point of no return, he conducts a funeral service for his mother who is still very much alive.

Redoy is elated and shares good news with Asmita. Chanda is extremely hurt over the recent developments.

Asmita is very upset with Shan and vows to never forgive him. Shan challenges Ravindra and states his facts. Paro is in trouble and the truth now needs to come out about Mohit’s child.

Shantanu causes trouble at Redoy’s and Asmita’s wedding and Senior has had enough.

Nivedita adds sleeping pills to Redoy’s milk to prevent them from consumating their marriage.

Beauty wants in on the living arrangements of the Mazumdar mansion.

Ravindra has a frank conversation with Shan but Shan also doesn’t hold back. Beauty is on Mushmi’s case about her husband.

Nivedita intervenes and ridicules Ridoy for thinking of taking such an extreme step. Later, Shantanu stands up for himself when Ravindra asks him to leave the house.

In a semi-conscious state, Asmita tells Shantanu that she loves him. Ridoy is enraged with her conduct and feels cheated. Later, Shantanu challenges Asmita to go for her honeymoon.

After reaching Mumbai for their honeymoon, Ridoy is entranced while Asmita is stressed. Shantanu tries following them and gets bedridden due to a car accident arranged by Paromita.

Shantanu attempts to foil Ridoy’s plans for the evening and tries to convince Asmita that she still loves him.

Wanting to avenge the betrayal, drunk Ridoy forces himself on an injured Asmita.

Asmita’s touch revives Ridoy leading the doctor to stop Nivedita from throwing her out of the house. Asmita and Shantanu resolve to help Ridoy off his destructive path.

Asmita announces her decision to nurse Ridoy back to health. However, Ridoy wakes up with his mental capabilities reduced to that of a child.

Vidhita receives a phone text warning her about the dangers of marrying Pushkar.

Vidhita receives pictures that prove that Pukshar is not the type of man Vidhita thinks he is.

Asmita and Shantanu come face-to-face in a chance encounter.

The result of the DNA test is inconclusive.

Nilambar informs Beauty that Shantanu has agreed to give his blood sample to Asmita for the DNA test.