After the tragic death of Madhuri, Atul Deshmukh is blamed for his wife’s death and their daughter Kalyani is determined to find the person responsible.

She believes that her Aunt Anupriya killed her. Anupriya is Kalyani’s stepmother – but Kalyani doesn’t know this. 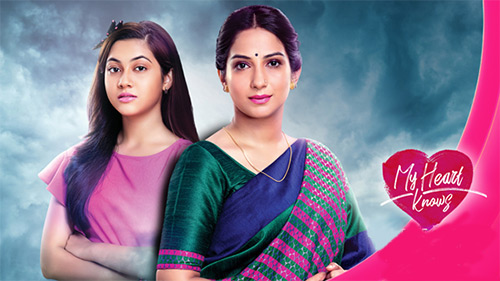 The story begins with an 18-year-old Kalyani Deshmukh getting a tattoo of both her parents Madhuri and Atul Deshmukh. This is Kalyani’s way of celebrating her parents love story.

Little does she know that the worst is yet to come. Stay tuned as the family drama and secret unfolds.

After the tragic death of Madhuri, Atul Deshmukh is blamed for his wife’s death.

Atul is not able to prove his innocence in court, but Kalyani is determined to defend her father at all costs.

Anupriya is present in court. Will Kalyani be able to convince the judge that Anupriya is the one responsible for her mother’s death?

Atharva deletes all of Madhuri’s photos from Kalyani’s phone. Kalyani is shattered and seeks revenge against Anupriya.

Atharva is determined to do everything in his powers to protect Anupriya from Kalyani’s evil plans. Kalyani and Atharva go into battle!

In a quick turn of events, Kalyani reveals to the Deshmukh family that Anupriya is her legal guardian in an effort to land her in trouble. Will Kalyani hatch another plan?

Madam sees Malhar doing the post funeral rituals with Kalyani. She gets furious about it and questions him on why he is helping Kalyani.

Will Malhar be able to justify his participation?

Anupriya goes to prison to visit Atul and she informs him that she can no longer keep their secret and will reveal the truth to everyone.

Meanwhile Kalyani seems to soften up to Anupriya. How long will this phase last?

Kalyani realises that Anupriya was married to Atul. She believes that Atul got married to Anupriya while being married to Madhuri. Stay tuned and watch Kalyani’s revenge on Anupriya.

Kalyani finally gets to know the truth about her mother. A distraught Kalyani refuses to believe that her mother was a homewrecker.

Meanwhile, Aparna goes all guns blazing in blaming Anupriya for everything. Will Anupriya ever find happiness?

Kalyani finally confronts Atul and he tells her the entire truth. Will Kalyani stop taunting Anupriya now that she knows the truth? Will Kalyani ever forge a relationship with Anupriya?