Voëlvry tells the story of Kuzgun who was forced to survive on the streets as a child after a drug lord targeted his family and father, who was a trusted police officer.

Flash-forward 20 years later and Kuzgun is ready for revenge. 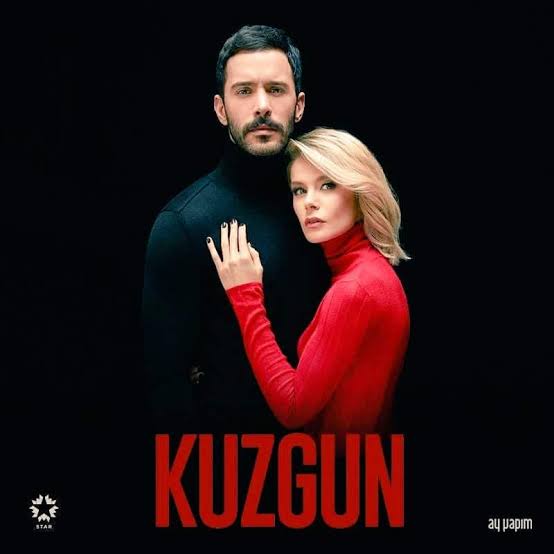 A failed assault on Kuzgun leaves Dila seriously injured when she tries to protect him. It turns out Bora is the mastermind behind the attack instigated by Cermin, Rifat’s wife. Seda finds comfort in Kartal’s company.

Kuzgun employs the help of Dervis to find the culprits behind the attack. Sermin tries to convince Rifat to transfer Dila’s shares to Ali and her. Bora tries to save his own skin by sharing valuable information with Behram. Dila is discharged from hospital to recover at home, with better protection.

Kuzgun day dreams about his love for Dila. His love for her makes him want to disrupt Behrams order and kill Bora. Meryem wants to reconcile with Kumru and tries to convince him to do the right thing. He wants her out of his business, and especially out of his dangerous love life.

Dila declares that she hates her brother with everything in her, after what he just did to Kuzgun. Kuzgun and Ali apparently had a plan, but did it succeed? Bora doesn’t think so. In this episode we also finally learn more about the true identity of Behram Adivar.

Kuzgun enters his childhood home again for the first time in years and emotions run high. Kudret gives Dila an ultimatum and if she does not take the side of the law, she will suffer the consequences. Meryem is very worried about Kartal.

Luzgun and Dila continue their love-hate tango. She offers her help in his investigation of his father’s murder. Dila tries to bring the company on the straight and narrow. Sermin continues her scheme to lay her hands on Dila’s shares in the company, after Bora blackmails her with a voice message after the attack.

Bora steers Kumru into curiosity about her father’s murder. Kuzgun confronts Meryem about the day she left him.

Dila and Kuzgun decide to crash a wedding, as husband and wife. Kuzgun seems jealous of how well she presents herself to other men, especially her former assistant. Sermin sends someone to follow and stalk Dila, but he gets caught. Kuzgun stumbles upon some shocking revelations about his late father.

Dila comforts her husband and mends his wounds – Kuzgun leans in for a kiss. Dila discovers the disturbing truth about Kuzgun’s past, yet again, whilst Behram reveals why he protected Kuzgun all this time. And how he failed to protect Yusuf in the same manner. Bora gets a new business partner.

Kudret gets Dila to place a tracking device in Kuzgun’s car, but it only leads to confusion on all fronts. A lock of hair proves that Yusuf is alive and Kuzgun promises Ferman that he would kill Behram, but Behram is one step ahead. Something is developing between Seda and Kartal, and Sermin has her suspicions.

Behram’s house explodes moments after Kuzgun departs. Dila witnessed everything and Kudret tries to convince Dila he is behind the incident. Kuzgun moves back to his childhood home to protect his family. Dila tags along which causes a tense atmosphere.

Kumru discovers Dila hid the packets with drugs that framed her father. Bora is planning an attack on Kuzgun and Kartal.

Kuzgun needs to save his brother, whilst Dila needs some saving of her own. Can he save two of his loved ones this time around? After Bora opens up about his own dark past to Dila, he meets Ferman, face to face – and secrets get taken to the grave.

Rifat refuses to accept any further support from his daughter, he doesn’t want to hurt his family anymore. Does he still have a chance at redemption?

It’s the aftermath of yet another murder. Bora is dead and the murderer not yet caught. Dila tries to defend her husband but Kudret makes it difficult and guilt trips her into doing the right thing.

In a poignant and emotional scene, Kuzgun finds out that Dila planted the drugs in Yusuf’s house at the request of her father. Will he forgive her? Something is developing between Cihan and Kumru. Ali kisses Fusun, much to her disgust. Meryem tells Dila that Dila is Kuzgun’s only salvation.

It is Dila’s birthday. Kuzgun confronts Rifat in jail. Dila gets a confirmed date for Rifat’s appeal. Kudret tries to arrange a deal with Behram and rather prosecute Kuzgun. Seda ends her relationship with Kartal.

Kuzgun surprises Dila with a romantic celebration. Kuzgun reveals his acquaintance with Behram and proposed meeting.

Dila and Kuzgun really seem to enjoy the married life. That’s until Kuzgun discovers what Dila has been up to behind the scenes. Dila cuts her ties with Kudret at the very moment Kuzgun sees her as the enemy again. Ali still wants to save his dad, but his sister wants no hand in it.

Behram Adivar gives Dila her biggest task yet – a shipment of drugs needs to be delivered. She and her brother create a fake company, so that no one can trace anything back to her. Kumru discovers this and reports the crime to Dila’s former partner, Kudret.

Selcuk helps Dila get away from a police raid and Kuzgun is highly suspicious, because she was the only one that got away. Kartal is seriously hurt in a car accident in which Ali intended to get rid of Kuzgun. Rifat gets released from prison, pending trial.

Rifat is out of jail and Dila makes him promise not to harm Kuzgun, ever. Bilgin Enterprises are losing clients and Ali is arrested. Kuzgun arranges Rifat’s kidnapping, however this situation spirals out of control when Behram ensures Rifat is killed in a booby-trap set for Dila to trigger.

Cihan recovers in hospital. Kumru spends a considerable amount of time by his side. When Kuzgun confronts Dervis about the situation, we discover Dervis’ real identity – he is actually Behram Adivar and Kuzgun’s grandfather!

Dila is shattered by Rifat’s death and is torn between taking revenge and protecting Kuzgun. Kumru seems to become the object of her wrath.

Dila throws away her wedding ring. Kumru and Dila get closer to revealing Behram’s identity.

Kumru meets her grandfather. Kuzgun visits the home his father grew up in and discovers the harsh truths about his family’s past. He finds a photo of his father, with a date on it. This opens up new possibilities.

It appears Dila instigated divorce proceedings. Kuzgun sets his plan in motion to buy all Bilgin Holdings’ assets. Dila and Dervis meet. She strikes a deal to deliver Ferman to Behram. Kuzgun and Meryem reveal their exact relationship with Dervis and Behram. Dila and Kuzgun continue their love hate tango.