She currently plays the starring role of Ashley in the Netflix thriller series Shadow. Amanda is popularly known as a co-host of SABC 1’s celebrity gossip show, The Real Goboza with Phat Joe and Sinazo Yolwa. 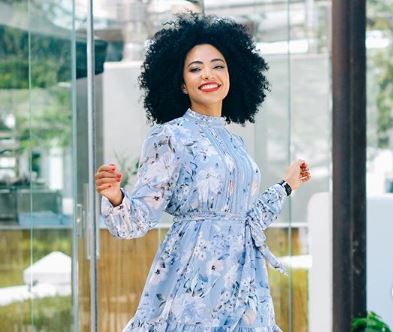 She was born on the 26th of June 1995 in the city of Manzini, Manzini District in Swaziland. As of 2021, she is 26 years old and celebrates her birthday on June 26th every year.

Du-Pont got engaged to a businessman, Shawn Rodriques in the Maldives in July 2018.

I SAID YES!!?? Turns out my surprise beach picnic was @shawnrodriques epic proposal? My darling you sweep me off my feet every single time but this time you had me crying! I said yes to the man I prayed for so specifically, everything you are, is everything I asked. Life isn’t perfect, but perfect with you in it. I love loving you, so thrilled to be your fiancé!??? Thank you, God??

The award-winning actress has an estimated net worth of $2 million which she has earned through her successful career as an actress.