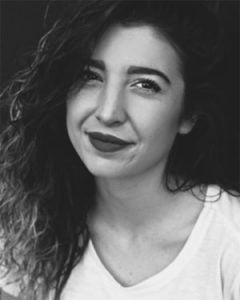 She has appeared in several made-for-TV films for KykNET, including Patat, Tjops vir Breakfast, and Die Begin.

She co-starred with Bouwer Bosch in the web series Lasizwe: Living with Afrikaans, Sossi Botha, and Rescue Ronnie.

Augusta’s first prominent television role came when she was chosen to play Suna, a friend of Mart (Melissa Myburgh), in the kykNET drama Dinge van ‘n Kind (Things of a Child).