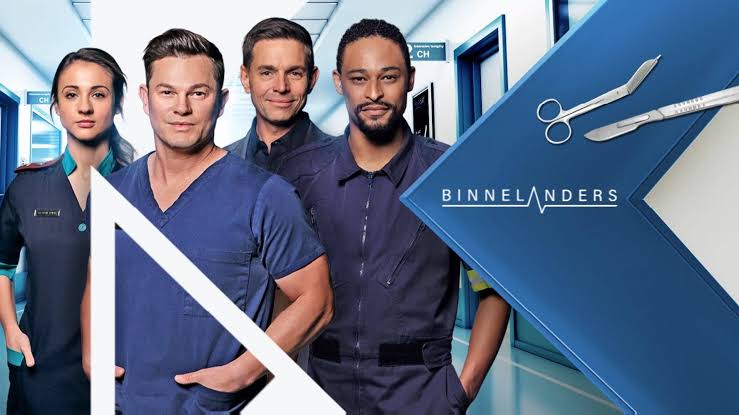 Communication in Nigeria leads to a lot of frustration, and Louis opens his heart towards Joline. Steve doesn’t get a last chance to hear Elana’s voice, while Elise doesn’t get the warm welcome that she is expecting. The rescue mission and the trap have two different outcomes.

Elana is not just concerned about the business deal that she handled without permission. Louis is on a mission to look for a house, while Elise rubs Annetjie the wrong way. Chiron doesn’t only threaten the hospitals, and ambiguity could stop a man’s heart.

Everyone wants to know what happened between At and Annelize, and Joline realises why Naomi avoided contact. Elise puts her cards on the table for Tertius, while Maya needs to educate Tracy on the subject of modern technology.

Louis gets a teammate for the Doepa Olympics, and Conrad’s words are misunderstood.

Annetjie’s soft spot for At Koster doesn’t go unnoticed, and Naomi puts her foot down when it comes to the househunting. Conrad’s news doesn’t get the reaction he was expecting, while Delia’s tidbit of information gives Rian clarity.

Tracy’s tirade is heard loud and clear – and is met with the same passion. An empty seat at a barbeque is cause for concern.

Conrad doesn’t feel like convincing anyone of his worth. A misunderstanding leads to Elise changing careers again, and Joline’s opinions starts to work on Naomi’s nerves. Annelize has all the uncomfortable answers that the rest of the board are looking for. Tracy and a townhouse become big points of dispute.

Two days could make a big difference when time has finally run out. Joline’s remark doesn’t sit well with Naomi, and Elise thinks one hand should wash the other. Annelize tries to talk some sense into Conrad, while Tracy receives a very attractive offer…

Elise explains her plan to Tertius, and Maya notices that Joline’s remarks unsettle Naomi. Annetjie is asked about her feelings for At Koster. Conrad is trying to make sense of what is happening, while Annelize reads At the riot act concerning his son. A shocking announcement takes the wind out of many sails.

Enemies of the past have to get their heads around the word ‘colleague’, while it seems that Elise is not the only one that realised the worth of a watch. A deposit is met with hesitation, while the rug is pulled from under Annelize with an explanation. Joline’s request is the last nail in the coffin.

Faf makes his unwelcome appearance, and Naomi wants to inform Louis of her decision. Elana doesn’t hold back in a conversation, while Annelize eventually understands a problem. Conrad tries to lay Maya’s concerns to rest – while the tension between him and Tracy is very evident.

Conrad can’t keep Annelize’s information from Elana, while Annetjie realises that Elise is in a bigger spot of bother than she first realised – especially with what is happening at the present. Faf thinks Gosslin International and Binneland Clinic need a liaison, and the tension between Louis and Naomi is tangible.

Maya is not very impressed with her dad’s suggestion at first, but is caught off guard by a visitor. Annetjie and Elise have plans for the road ahead, while Naomi and Louis need to have a very difficult conversation with Joline. Annelize has a better candidate in mind for the position of liaison.

Dr Butler might have another solution for Louis and Naomi, while Annelize realises what Faf is doing. Elise realises that she might have painted Annetjie in a bad light, and Maya can’t help to wonder if Sergio is jealous. Ilse realises the true state of affairs with Joline.

Maya loses her temper when Sergio puts his cards on the table, and buying a house becomes complicated. Elise tries to think of a way to rectify what she did, and Annelize gives Maya a friendly warning – which leads to a serious conversation between a father and daughter.

Conrad musters up the courage to talk to Naomi before the procedure. At has a lot to do before he can take his leave again, while Maya has a bright idea sparked by Sergio’s question. The son of the seller is a fly in the ointment, and Annetjie and Elise have to take the bull by the horns!

Elana and Steve have to intervene when Vicky and Ruan are not getting along. A very big account is not the only thing that have Louis and Naomi at loggerheads, while the liaison job causes problems between Maya, Faf and Sergio.

Naomi wonders if they shouldn’t ask Joline for legal advice, while Faf’s decision regarding the liaison position hides his own agenda. Elana realises that Vicky is stessed about her party. Ilse doesn’t trust Sergio’s motives, while Sergio’s questions about Binneland Clinic and Gosslin International is answered with tension.

Sergio quickly realises why there is a need for a liaison between the different parties – and Annelize has a suggestion on how to tackle the many problems.

Maya asks her father to trust Sergio, while Louis tells Tertius that he has a good feeling regarding the pregnancy test. Elana’s time with Vicky does her a world of good, while a grizzly discovery threatens to sour the breakaway to At’s farm.

Elana is concerned about Vicky – especially after her decision. Annelize confronts Conrad about what they found, and Naomi doesn’t know how to share her news with Louis. At has a plan with the problem on the farm, while Okkie and Conrad decide to meddle.

Elana shares very good advice with Vicky. Sergio realises that Conrad lied to him about the bones – but is even more shocked when Annelize also thinks that they should handle the situation with great discretion. Steve realises why Ruan is so mean to Vicky, and Louis and Naomi receive some very good news!

Sergio insists on his own forensic investigation – just as Faf arrives on the farm. Hugo asks Tracy to take part in an Easter initiative, while Sergio, Annelize and Conrad’s return to the farm leave the rest stunned.

Tracy receives news that could change her life, while Annelize and Conrad try to hide a very important clue from Sergio. Vicky fears that she will miss out on the fundraiser at the school.

Wimpie offers to help Tracy with tasks at her flat. Sergio tries to lie to Maya about his suspicions, while At’s answers deepens the riddle for Annelize and Conrad. Steve tries to distract Vicky from the fact that she can’t attend the fundraiser.

Sergio confronts Annelize and Conrad about the corporative gift, and Vicky get the biggest surprise on her birthday. More details regarding the grizzly find make Sergio think there is definitely fowl play involved. Julia offers her help to Tracy, while Tracy tells Ilse that she thinks this time she has all her ducks in a row.