Terence William “Blondie” Chaplin (born 7 July 1951) is a singer and guitarist from Durban, South Africa, where he played in the band The Flames in the mid-to late-1960s.

He became known to international audiences in the early 1970s as a singer and guitarist for The Beach Boys. He is a long-term backing vocalist, percussionist, and acoustic rhythm guitarist for English band The Rolling Stones on their recordings and tours over a 15-year period, starting in 1997. To date he has released two solo studio albums. 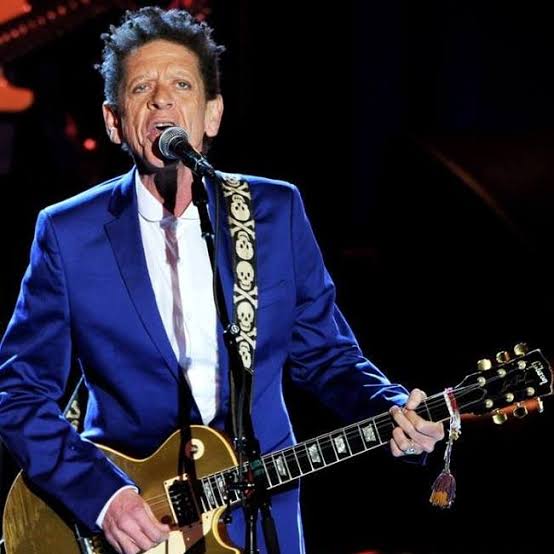 Both Chaplin and Ricky Fataar were members of Durban-based rock band The Flames, which they joined at ages 13 and 9, respectively. Their 1968 album Soulfire produced a hit in South Africa: the band’s cover of “For Your Precious Love” was #1 on white radio for thirteen weeks.

Beach Boy Carl Wilson heard The Flames while the band was performing in London. Wilson signed them to the Beach Boys’ Brother Records label and produced their self-titled album, The Flame (changed from Flames, to avoid confusion with the group that played with James Brown), which featured soulful rock/pop songs in the vein of The Beach Boys and Badfinger. The Flames were the only band aside from The Beach Boys to record for Brother Records.

Chaplin, along with drummer Ricky Fataar, joined the Beach Boys when original drummer Dennis Wilson suffered a hand injury that left him unable to play the drums for almost two years. For the Beach Boys, it was a period in which long-time member Bruce Johnston had departed the band, and one-time leader Brian Wilson’s participation in the group was very limited. As a result, Chaplin and Fataar joined the Beach Boys as full-fledged members and not merely as backing musicians. Chaplin left the group in 1973 after a dispute with the Beach Boys’ management; Fataar remained with the band until the following year.

Chaplin sang lead on various Beach Boys songs from two studio albums, Carl and the Passions – “So Tough” and Holland, and plays on the live album The Beach Boys in Concert. “Sail On, Sailor” from the album Holland, on which he is the lead singer, is his “signature song”.

Following his time with the Beach Boys, Chaplin recorded a self-titled album, released on Asylum Records in 1977. He also performed on Rick Danko’s self-titled début album, which also featured each of Rick’s former bandmates from The Band in addition to Ronnie Wood, Eric Clapton, Doug Sahm, and Danko’s brother, Terry. Chaplin went on to tour with the David Johansen group and participated in producing Johansen’s third solo album Here Comes the Night, on which Chaplin played guitar and sang backing vocals and co-authored seven tracks. During the late 1980s Chaplin toured with The Band, replacing some of Richard Manuel’s vocals and playing guitar and, occasionally, drums. In the 1980s, Chaplin also toured with a band featuring Rick Danko and Paul Butterfield, and was guitarist and vocalist, as well as contributing a tune as songwriter, on Butterfield’s last studio album, The Legendary Paul Butterfield Rides Again, released in 1986. Chaplin was also a featured player in former Byrds members Gene Clark and Michael Clarke’s then new band, The 20th Anniversary Celebration of the Byrds, also known as the Tribute to the Byrds. Chaplin appeared on the Jennifer Warnes albums Shot Through the Heart, The Hunter, and The Well.

Chaplin also played on High on the Hog, the ninth studio album by The Band, released in 1996, to which he also contributed his composition, “Where I Should Always Be.”

Chaplin toured with former Rolling Stones guitarist Mick Taylor and performed on his live album, Stranger in This Town. Starting in 1997, with the recording and release of the Bridges to Babylon album and subsequent tour, and, for some 15 years following, Chaplin served as a backing vocalist, percussionist, and, at times, backing guitar player for The Rolling Stones, in the recording studio and on the road. The Bridges to Babylon album lists Chaplin’s credits as backing vocals, tambourine, piano, bass guitar, percussion, shakers, and maracas.

Chaplin is the vocalist, songwriter, and lead guitar player with Skollie, a band formed with fellow South Africans Keith Lentin on bass and Anton Fig (of the CBS Orchestra) on drums. Chaplin has recorded three solo albums, most recently Between Us in 2006.

In late 2013, Chaplin was featured at select shows of former Beach Boys bandmate Brian Wilson and guitarist Jeff Beck. Chaplin also appears on Wilson’s 2015 album No Pier Pressure, on which he is the featured vocalist on the song, “Sail Away”, and he then went on tour as a featured performer, along with Al Jardine, for Brian Wilson’s 2015 tour, with Rodriguez as the opening act.[3] He also joined Wilson’s Pet Sounds 50th Anniversary World Tour in 2016, performing alongside the touring band and has continued to tour with Wilson through 2019.

On September 29, 2017, Big Noise’s Al Gomes and Connie Watrous presented a plaque from Roger Williams University to Chaplin at The Zeiterion Theatre in New Bedford, MA. Chaplin’s response to the sold-out audience at the ‘Brian Wilson Presents Pet Sounds’ show : “I played a lot in these parts in 1971, and it’s nice to be remembered this way.” The plaque commemorates The Beach Boys’ September 22, 1971 concert at The Ramada Inn in Portsmouth, RI, now RWU’s Baypoint Inn & Conference Center. The concert was a very significant historic event in The Beach Boys’ career – it was the very first time Chaplin’s fellow member of The Flame’s Ricky Fataar played on-stage as a new member of The Beach Boys, which led to Chaplin joining the band, and essentially changed The Beach Boys’ live and recording act’s line-up into a multi-cultural group. This shifted the band into an essential and important creative period from 1971–1974 that included the recording of their stellar Holland LP, which Rolling Stone magazine named ‘Album of the Year.’

Other albums and videos from the Blondie Chaplin catalog:

Additional performances are on the following recordings: