Cindy Swanepoel (born 15 December 1981) is a South African actress, best known for her role as doctor Annelize Roux in the kykNET series Binnelanders. 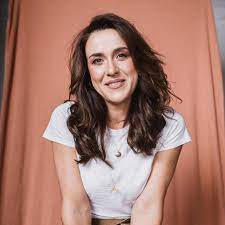 She was born on the 15th of December 1981 in Krugersdorp, Transvaal, South Africa. As of 2021, she is 40 years old and celebrates her birthday on December 15th every year.

Cindy Swanepoel made her professional acting debut at the Artscape Theater in Cape Town in the theater performance Circles in a Forest, directed by Marinda Engelbrecht; the production was then produced at the Klein Karoo National Arts Festival in 2004.

Following that, Swanepoel appeared in various theatre plays, including Houtkruis, a musical produced by Elzette Maarschalk in 2008 and Stephen van Niekerk in 2011. She also appeared in Alby Michaels’ production of The Crucible, and she starred in Sue Pam-Curl Grant’s Up and Dye, directed by the text writer.

She made her television debut in the character of July in the M-Net television series Egoli: Place of Gold in 2005.