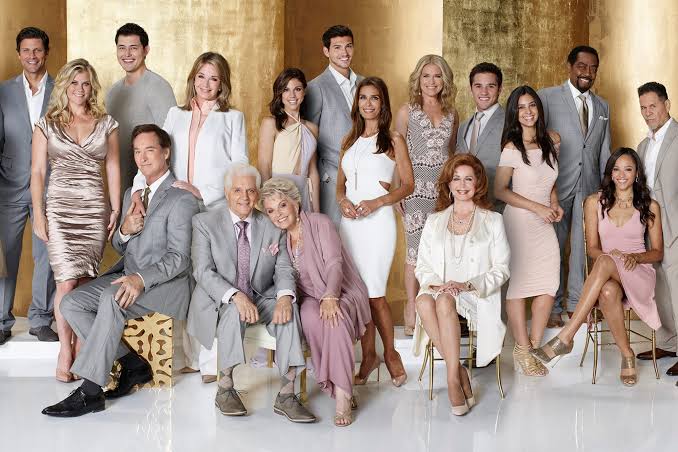 Ciara is stunned to find Tripp and Claire together. Angry and hurt, Ciara flees the loft and takes off on her motorcycle. Theresa confides in JJ about her situation with Brady and Eve. Meanwhile, Brady lashes into Victor for encouraging Theresa to keep quiet about Chloe’s whereabouts.

Ben shows up on Will’s doorstep to make amends. He’s confronted by Chad. Later, Marlena visits Will, who tells her about his decision regarding Dr. Rolf’s serum formula. Stefan intimidates Kate. Hope then talks to Kayla about Ciara and Steve. Off her conversation with Hope, Kayla meets with Stefan.

Theresa is bolstered by JJ’s support to fight for her life with Brady and Tate, but is disappointed when Victor seems reluctant to help her as Maggie supports Brady’s decision. Meanwhile, Brady and his son move in with Eve, who worries about Theresa’s next move. Xander makes a pitch to Victor to run Titan.

Brady and Eve are stunned when Theresa announces Victor has put her in charge of Bella which means they must all work together. Sonny catches Xander snooping. Kayla discovers Kate is having a meeting with Ted. Now that Rolf’s serum has been replicated, Will hopes it will restore his memory.

Ben has taken unconscious Ciara to the same hideaway where he held Abigail in November 2015. The setting reminds him of that time, triggering memories… Later, Ciara wakes up, terrified. Eli and Rafe meet about Gabi’s situation. Meanwhile, Valerie and Lani bond over the baby.

Ciara freaks out when she finds herself trapped in a cabin with Ben. Tripp and Hope try to track down Ciara. Theresa tells JJ about Victor giving her control of Bella so she can insert herself into Brady’s life. Eve is frustrated when Ciara misses a Bella photo shoot. Guilty, Claire explains what happened last night.

Ciara is afraid of what Ben might do to her. Ben, seeing how terrified she is, tries to reassure her. Tripp and Claire fret over Ciara’s disappearance. As they do this, Tripp asks Claire about Ciara’s rape, and she fills him in. Theresa tells Brady that she’ll give up Bella if he makes love to her.

While still not completely trusting Ben, Ciara does talk to him a little about what’s going on in her life. Lani is sure she’s not in labor. Will goes to Kayla, wanting more serum. Meanwhile, Sonny goes to Will’s place and Paul answers the door.Will recalls a memory.

The Hortons rally around Eli and Lani as she undergoes an emergency c-section. Lani has a fantasy of her perfect life with her baby and JJ. Kayla and Valerie work on Lani. Earlier Julie and Doug wait for news about Ciara and meet up with Abe and Valerie and discuss Lani’s baby shower.

Hope lashes out at Tripp when he shows up looking for an update on Ciara. Rafe intercedes. Meanwhile, Ciara wakes at the hideaway as Ben returns with supplies. He offers her a phone charger so that she can call home to let her family know she’s okay, but Ciara is reluctant to do so.

Will withholds from Paul that he may have had a glimmer of a memory. Paul tells John he’s relieved Will doesn’t seem to be recovering his memory. Will tells Marlena he may have remembered something. Marlena is encouraged, but Will insists he must have more of the serum.

Chad pitches himself to Victor and Sonny as the best candidate to run Titan, arguing that there is no one that has more motivation to destroy Stefan. Meanwhile, Kate and Ted continue to press their sexual harassment suit to bring the company down. Kayla keeps her end of her secret bargain with Stefan.

Maggie learns about Victor’s new hire, as does Kate. She tries to persuade Chad not to do it, but he’s adamant about helping Sonny out. Gabi’s reunion with Ari isn’t quite what she expected. Stefan tries to pull a bait and switch on Eve and Brady in regards to Basic Black. Theresa bolsters JJ.

Abigail fears she’s pregnant. Chad senses something is bothering her and urges her to confide. Will intends to take more serum with or without Paul’s support. Sonny is angry that Victor insisted Justin settle Leo’s sexual harassment suit because it makes him appear guilty when he’s not.

Abigail is about to take the pregnancy test when she runs into Gabi. Meanwhile, Chad confronts Stefan and warns him to stay away from his wife. Hope and Rafe use the boot print to try to track down Ciara. Ciara calls Claire and asks her to take her job at Bella.

Abigail admits to Gabi she’s pregnant and the baby could either be Chad or Stefan’s. Kayla gives Stefan pictures of Kate meeting with Leo and Ted. She thinks this should be enough to access to the bionic eye. Kate explains to Leo that he must take the settlement now that Chad is in charge of Titan.

Accompanied by a supportive JJ, Theresa lashes out at Eve and Brady just before Tate’s custody hearing, then makes a heartfelt plea to the Judge to give her full custody. With Paul’s help, Will remembers a loving moment with Sonny, and Paul fears that means the end of his romance with Will.

Leo makes a case to Sonny for marrying him. The lawsuit will go away, Titan will not go under and Sonny can save his family from a lot of heartache. Suddenly, Will shows up. He tells Sonny he doesn’t have to go through with it… which upsets Leo and a fight breaks out that turns deadly…

Kate refuses Stefan’s demand that she spy on Chad. At the same time, Abigail calls Gabi and they reset their plan: to get DNA samples from both Chad and Stefan for the paternity test. Also, Chad admits to Kate he feels guilty about keeping the lawsuit information from Sonny.

Leo’s dream of becoming Mr. Sonny Kiriakis is dealt a major blow, and Sonny and Will are left to clean up the mess. Paul overhears Chad and Kate talking about Leo and says that John found out a lot of incriminating info that could be used against him in the trial.

Abigail is pleased she can finally find out who the father of her baby is since Gabi and Abigail were able to get DNA samples. Steve is excited about the bionic technology that could restore his vision, but tells John he’s concerned that Kayla doesn’t seem very excited.

Will and Sonny scramble as Paul interrupts. Will deals with a run in with Maggie. After dealing with Leo, Sonny appreciates Will’s help, taking it as a sign he still cares. Tate’s custody hearing resumes. Brady and Eve are feeling confident until Maggie is called in to testify.

Feeling Theresa now has the upper-hand, Brady, Eve and Justin announce they are counter suing Theresa for custody… and to prove she’s unfit, they bring in Chloe to testify. JJ visits Lani who is still in deep mourning for her baby. Justin is suspicious when Ted backpedals.

Distraught Ben returns to Ciara at the hideout. He’s learned there is an APB out on him, and consequently he’s been unable to refill his medications. He grows increasingly unglued as he begins to turn on Ciara… Hope is panicked when she learns that Ben has missed his check-in with his doctor.

Rafe and Hope draw closer while Tripp comforts Claire… Tate’s custody hearing continues. Chloe offers emotional testimony and is cross-examined by Ted. Later, Ted calls Eve to the stand and raises the specter of the amulet and Deimos’s murder. Meanwhile, Chloe and Eric talk about Nicole.

Ciara tries to reason with Ben, who is hallucinating and experiencing paranoia without his medication. Rafe takes Hope to question Clyde at Statesville. They ask if he knows where Ben is. Tripp pulls back from his kiss with Claire, who admits she’s starting to have feelings for him.

Ted forces Eve to admit she believed Brady killed Deimos. Ted presses Brady until he admits he was indeed the one who planted the amulet on Eve. Later, Brady and Eve retreat to her hotel room. Brady swears he didn’t kill Deimos… but admits he knows who did…