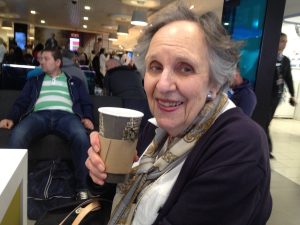 Since the 1960s, she has been in a number of British television programs, including The Duchess of Duke Street, Sam Saturday, Chalk, Casualty, The Bill, Doctors, Holby City, “Lovejoy” Series 3, Episode 4 – Angel Trousers, and Jonathan Creek. In Jam & Jerusalem (2006–09), she played lollipop lady Queenie. In January 2018, she made an appearance in Father Brown episode 63.

She’s also worked on the radio for BBC Radio 3 and the BBC World Service.

10 Disadvantages of Going to the University