Ferdinand Rabie (born 7 February 1975) is a South African celebrity and businessman that is most famous for being the winner of the first South African Big Brother. 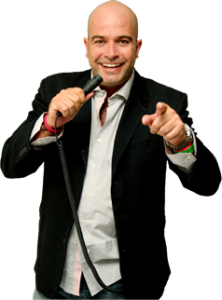 Ferdi first appeared on Laugh Out Loud as a prankster in 2005, and he returned for the second season in a larger role.

Ferdinand is an adrenaline junkie and an avid sports fan, participating in activities such as cycling, hang gliding, horseback riding, and others.

He is also a businessman, having run Ferdinand’s Tours and Adventures since he was 21 years old.

Ferdi is laid-back and daring, and he claims to enjoy playing practical jokes on his friends.

He has an estimated net worth of $300,000 which he has earned as a businessman.