Jo-Ann Strauss (born 3 February 1981) is a South African model, public speaker and businesswoman who represented her country as Miss South Africa at the Miss Universe pageant in Puerto Rico. 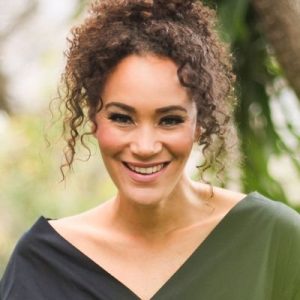 She was born on the 3rd of February 1981 in Cape Town, South Africa. As of 2021, she is 40 years old and celebrates her birthday on February 3rd every year.

She began her media career as Miss South Africa with the Afrikaans TV magazine show Pasella before hosting the English lifestyle magazine show Top Billing (TV Show), during which she interviewed celebrities such as Charlize Theron, Antonio Banderas, and George Clooney.

Strauss competed in the first and only celebrity version of Celebrity Big Brother (South African TV series) a year after she was named Miss South Africa, finishing runner-up.

In 2010, she and Thomas Gottschalk co-hosted the opening ceremony of the 2010 FIFA World Cup in South Africa for German television network ZDF in a live broadcast from Johannesburg on June 10th.

She has an estimated net worth of $1 million which she has earned as a model, public speaker and businesswoman.