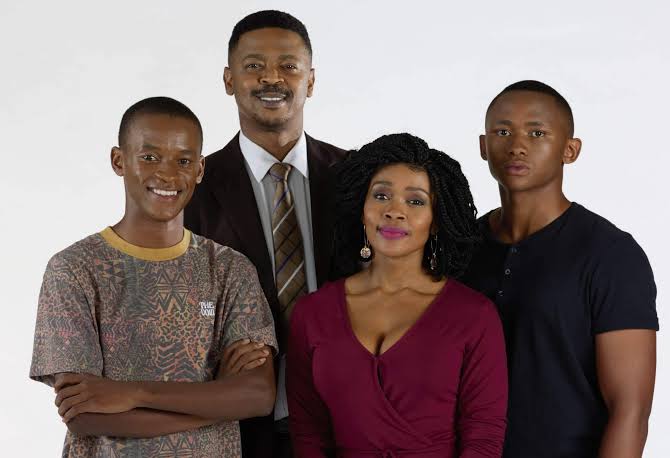 Langa and Melusi continue to prove that blood indeed does not lie, much to Thathi’s torment. Nomsa remains a mystery and continues to garner different reactions from the Molefe clan.

Thathi and Gladys square off. Despite Thathi’s efforts to keep them apart, Melusi and Langa continue to bond. Nomsa hits a dead end.

Melusi and Thathi go down memory lane, only to break up later. Thathi receives an unsettling prophecy.

Mazet is shook when she finds out that Nomsa’s son was Dumisani Bhuyeni. Langa excitedly pitches a new project to Melusi, leaving Gladys annoyed. Gladys and Thathi bemoan their situation over a glass of red wine. Will they cope? Will they break?

Sonto finds out that getting rid of Nomsa won’t be easy. Gladys gives Thathi an ultimatum. Nomsa makes a breakthrough in her investigation.

Nomsa learns who killed her son Jomo and Ntokozo learns he has a half-brother he knew nothing about.

Nomsa confronts Sonto about Jomo’s death. Mazet gets some exciting news about her Matric classes.

Sonto and Mazet struggle to stay one step ahead of Nomsa in her search for the truth. The Dlaminis are all reeling as they try to come to terms with Thathi’s secret.

There is no peace in the Dlamini household as fights ensue between the couple, with Thathi as the third wheel. Pretty’s involvement with Nomsa and Jomo is starting to cost Sonto.

Melusi finally makes a decision about Langa, and Nomsa overhears something that can help her case against Sonto.

Nomsa casts her spell over Sonto but Thathi will have none of it. Melusi has big news for Langa, but Langa can’t handle the truth.

Thathi makes Mazet help her in covering up her crime. Langa wants to know the truth about his paternity.

Sonto is caught in a web of lies; when two of Nomsa’s important items are found. Thathi can’t control the cards she’s dealt with from all directions.

Melusi and Thathi make a deal about Langa’s surname and living arrangements. Pretty prays to Nomsa’s God, she desperately wants to know what has happened to Nomsa.

Melusi pleads with Gladys to give him a chance to make things right with her and his sons.

Sonto’s behaviour makes Pretty suspicious. Gladys chooses to be the bigger person. Even in death, Nomsa still gives Sonto and Thathi a headache.

Langa becomes a Dlamini, just as he learns the worst about Ntokozo. Pretty acts on her newfound knowledge, and Sonto bears the brunt.

The Molefe and Dlamini families find themselves divided over the arrest of their loved ones. Sonto makes a shocking decision in police custody.

Gladys struggles to get through to Melusi who’s wrestling with the fact that his son may be a murderer. Thathi runs into some resistance as she tries to get her mother out of jail. Sonto is pained when she sees the consequences of her actions.

The Molefe and Dlamini families await the bail hearing verdict with baited breath while Langa starts fishing for answers about what really happened.

Sonto has to decide whether to take a plea deal or not. Langa makes a shocking discovery. Melusi and Ntokozo butt heads over the upcoming trial.

Thathi decides that Ntokozo knows too much and they need to silence him. Ntokozo almost confesses to killing Mbongeni to Langa.