Many of our celebrities wow us year in year out, whether in sports, fashion, music or acting. These people have millions of fans all over the world and have to constantly hone their talents to maintain the standards they have set.

Naturally, they get paid handsomely for all that work. Here are our top 10 highest-paid celebrities in the world.

Highest-Paid Celebrities in the World

An American singer and songwriter, Taylor first appeared in song production in 2006 and she has since made a long list of successful songs. Being one of the favourite stars for photographers, she is always in the spotlight. Taylor Swift earned $266.1 million (£213.8 million) from her Reputation Stadium Tour, making it the highest-grossing tour in the US.

Due to the tour’s success, Swift nagged an exclusive deal with Netflix to stream a live concert special for all her fans. Along with the streaming giant’s payout, endorsement deals with Diet Coke, Apple and AT&T also add to her growing bank account. The 29-year-old is the highest-paid celebrity, making $185 million in annual earnings.

With the stunning Jenner’s income coming majorly from her appearance on hit reality series Keeping Up with the Kardashians, her joint fashion collaboration with sister Kendall, as well as her successful makeup and skincare business Kylie Cosmetics, rumours flying around that she has trademarked her own baby line could see her become the highest-paid celebrity later in 2020.

The 21-year-old had an amazing 2019, being crowned the youngest-ever self-made billionaire. Her annual earnings are pegged at $170 million.

With most of his income coming from his Yeezy shoe partnership with Adidas, the rapper-turned-entrepreneur has managed to build a clothing empire. Frequently appearing on Keeping Up with the Kardashians has also boded well for West, making the controversial star more popular than ever before.

Having once claimed to be in debt to the tune of $54 million, Kanye has risen to number 3 on the list of highest-paid celebrities, with the 42-year-old raking in $150 million annually.

The world-acclaimed GOAT of soccer; Lionel Messi is the highest-earning athlete in the world, and pays for Barcelona FC. With an amazing 603 goals throughout his career, it’s no wonder brands like Adidas, Pepsi, EA Sports and Samsung are all after him. The soccer sensation is estimated to earn $127 million annually.

Known for his serenading voice, it will also interest you to know that British singer; Ed Sheeran also has the money to make the ladies swoon. At just 28 years old, Ed Sheeran has already won four Grammy Awards and is one of the most sought-out singers in the industry.

After completing his two year Divide Tour, which grossed over $600 million (£482 million) worldwide, Sheeran surprised us all with the drop of his new album No. 6 Collaborations Project, his third No 1 album in the US and fourth in the UK. His annual earnings are estimated to be $110 million.

This name will definitely ring a bell in every corner of the world where soccer is watched. Being one of the greatest soccer players to ever walk the surface of the earth, it is not at all surprising to see that Ronaldo is the second highest-earning athlete in the world, with a lifetime sponsorship deal with Nike. The 34-year-old has his annual earnings pegged at $109 million.

The third footballer on this list, Neymar Jnr is also the third highest-paid athlete in the world. Better known simply as Neymar, Brazilian footballer Neymar da Silva Santos Júnior’s transfer to Paris Saint-Germain stands as one of the most expensive in football history.

His five-year contract is worth a staggering $350 million (£281.2 million). He is also the second most followed athlete on social media after Ronaldo. Having endorsement deals with Nike, Gillette and Red Bull, the 27-year-old makes an estimated $105 million yearly.

Though the American band went quiet after the death of their co-founder; Glenn Frey, they are still one of the highest-earning celebrities out there, with their recent tour An Evening with the Eagles placing the group back on the radar where they grossed over $3.5 million (£2.8 million) per show. The band has estimated earnings of $100 million per year.

The Dr. Phil of talk show; Dr. Phil, and Oprah’s protégé is both the executive producer and presenter of his own long-running talk show. He also benefits from the popularity of his video consultation service Doctor on Demand, which is valued at over $300 million. His annual earnings are pegged at $95 million.

Known widely as the golden boy of boxing, Alvarez is projected to earn at least $35 million per fight in the future based on his track record after getting in the ring with Gennady “GGG” Golovkin, a fight which was one of the first in the US to receive over 1 million PPV buys. Alvarez has stayed undefeated and has estimated annual earnings of $94 million.

So there you have it! These are the celebrities raking in the big bucks. 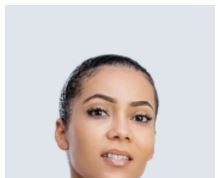 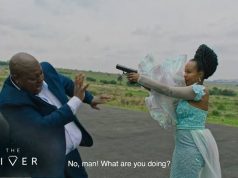 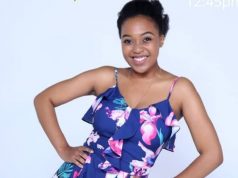 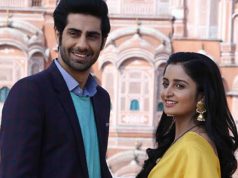