Imbewu is a South African drama series created by Duma Ndlovu that tells the story of an ambitious business tycoon, Zimele “Ngcolosi” Mkhize who has his heart set on becoming South Africa’s first Black Oil Baron, a legacy he wants to leave to his four children 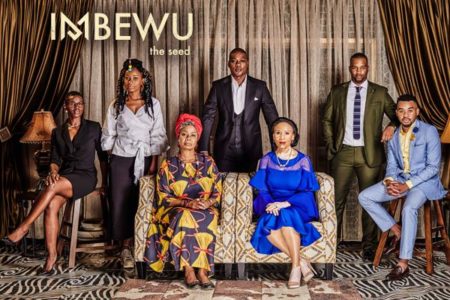 Nirupa and MaZulu fight over Ngcolosi’s conduct towards the Rampersad’s.

Menzi seems to take a shine to MaZulu, how will Zakithi take this?

Thokozile will do anything for the money, even at the cost of spilling blood.

Desperate times for the Rampersads as Nirupa enlists the services of Jason to get Shria out of jail.

A family dinner at the Bhengu house, turns into a death trap.

Thokozile warns kaMadonsela not to paint MaZulu as an angel.

Phunyuka tries to force Mpanza to tell him the truth.

More secrets surface at the Bhengu house. Disaster consumes them once again.

Ngcolosi’s heart breaks and only a life support machine can save him.

Nirupa expresses grave concern for whats to come for Shria and her family.

KaMadonsela is thrown a curve ball when her long lost sister arrives in town.

Thokozile takes it upon herself to perform the mourning rituals for Ngcolosi but MaNdlovu is unhappy about this.

Nkululeko promises to get to the bottom of things for Ngcolosi. Nkululeko gets a mysterious delivery.

A newspaper article makes Nirupa want to find out if Pranav and Ngcolosi’s deaths are connected.

Nkululeko reveals a shocking video to the family that Ngcolosi left behind before he died.

MaZulu is lost in grief that she has been excluded from mourning her husband.

Ngcolosi is laid to rest and Nkululeko stops Zithulele’s speech by threatening to hang MaZulu’s dirty laundry out in public.

The fight continues between Zithulele and Nkululeko, who is the rightful hire? Phakade is all for MaZulu not wearing black.