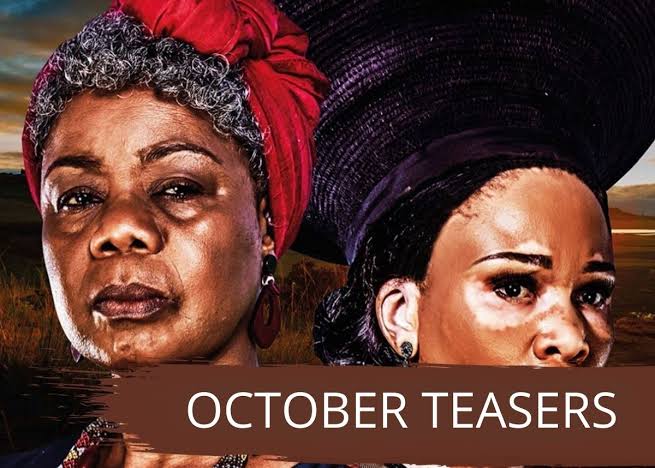 Lovers become enemies with Zenzele and Buhle. Zenzele pitches a dream future to Buhle, that has Buhle considering a life with him. Unknown to her, Zenzele is really planning her murder.

The pressure is on Phakade when Sebenzile asks Phakade to tell her first when he decides on the ultimatum from the church – will he chose his wife or the wife’s sister?

The event turns into a blood drench nightmare when Buhle shoots and finds herself in the middle of a gun battle. Zenzele takes a bullet for her… does he survive?

Meanwhile in the house of the lord betrayal takes price in Bhekisisa. Bhekisisa puts pressure on Khanyo to take over the church. In prison, Thokozile makes scandalous arrangements with Bheki.

Meanwhile in the house of the lord betrayal takes price in Bhekisisa. Bhekisisa puts pressure on Khanyo to take over the church. In prison Thokozile makes scandalous arrangements with Bheki.

It’s go time for Thokozile who seduces Bheki and then renders him unconscious with muthi to get his keys. Nkululeko is alarmed when Fikile is overcome by a strange state that neither of them can explain.

The prisoner’s plans come to life, as Mzion uses an assault on Thokozile to distract the guards. Mzion tells Thokozile they will escape that night. Lulu stuns her Gogo by announcing her plans for a sex change.

Low on funds Lulu gets her first black market supplies, Lindo suggests another option – a pill sold on the street that can make her more feminine. Desperate times call for desperate measures for Lulu.

KaMadonsela is terrified when Thokozile appears at her window The family find out about the jail break. The police arrive and address the search party that’s been assembled. Will they find the murderous Thokozile?

KaMadonsela is terrified when Thokozile appears at her window The family find out about the jail break. The police arrive and address the search party that’s been assembled. Will they find the murderous Thokozile?

An enraged Thokozile is about to kill kaMadonsela when Khanyo comes to her rescue by hitting Thokozile three times with a spade on the head… will Thokozile survive this?

Buhle finds Nompi, Fikile’s mother, and is taken aback by how rude Nompi is. Nompi doesn’t have one good word to say about her daughter but Buhle invites her to Fikile’s surprise party anyway. How will Fikile take this?

After Lulu being intimate with Landile, Lulu says a conflicted goodbye to him as he heads off to court. Does Landile really care for Lulu or is he just desperate for Lulu to drop the charges?

KaMadonsela off-loads her conscience on her Gobela and is told to make amends with her ancestors. Khanyo thinks she’s being haunted by Thokozile’s spirit.

Fikile gets the shock of her life when she sees her mother at the party after eight years. Nkululeko learns that his mother was killed and the body was then moved – it was a murder.

Khanyo is haunted by the ghost of Thokozile, and attacks Sebenzile. Lulu’s friends find out that she’s been taking unregistered drugs, but she says she has no other option to become her true self.

Fikile is frustrated when Buhle goes on a joy ride in her brand new car. Lulu recovers from her emergency but her gran comes to see her! Will she disown her this time?

KaMadonsela and Khanyo are shocked when Nkululeko wants to consult with kaMadonsela’s Gobela. Buhle learns Emsamo is still closing she has an idea what to do with her future and makes an offer to buy the place.

Nkululeko takes some Fikile’s DNA from a hairbrush. Is he concerned that Nompi might be telling the truth?

Fikile’s test results are back and it’s not good news – she has endometriosis and might be infertile. Nkululeko decides to bury his mother in a communal cemetery and asks Buhle to help him because his mother’s family are less than useless.