Kagiso Rakosa (born 6 September 1982) is a South African actress known for her role as Sharon on the SABC1 soap opera Generations, from 2005-2011. 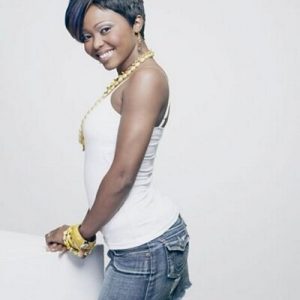 She was born on the 6th of September 1982 in Katlehong on the East Rand, South Africa. As of 2021, she is 39 years old and celebrates her birthday on September 6th every year.

In 2011, she was crowned Miss Vista and left out of school to pursue her dream of becoming an actress. Kagiso debuted in the popular TV serial opera Generations in 2004 and has since appeared in shows such as Ga Re Dumele, Traffic, and Gog’ Helen in Setswana.

In 2014, she starred in the eKasi+ detective drama series Traffic! as Andiswa Mlaba, the sister of Detective Lungi Mlaba (played by Bonnie Mbuli).