Khutso Theledi is a South Africa famous radio host and one of the most awaited speakers. She is YFM’s DJ, and she has been the voice and host for Kasi Car Culture & Celeb Rides in recent years due to her popularity. 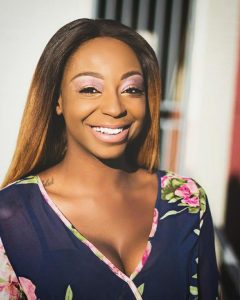 Mpumalanga is where the radio personality grew up. She was raised by her single mother after losing her father when she was a child.

The talented young host took part in debates and public speaking while in school. This had an impact on her because it forced her to come out of her shell and allowed her to speak in front of any crowd.

Following her sister’s advice, Theledi dropped out of Monash University to join the Boston Media House. She majored in Radio and Sound Engineering at the university. This provided her with prospects she had not expected.

She spent two years as a co-host on the breakfast program Flava In The Morning. She then became a co-host on The Freeway. She stayed on drive time for two years to co-host The Raw Rush with Thulisa Kanzi. YFM’s Krunch Time and R&B Hot 9 9 chart are currently hosted by the awesome radio personality.