Blade Nzimande (born 14 April 1958) is a South African politician who serves as the Minister of Higher Education, Science and Technology. He is also a sociologist, university lecturer and anti-apartheid activist.

Nzimande has previously served as the Minister of Transport and Minister of Higher Education and Training. His full name is Bonginkosi Emmanuel Nzimande. 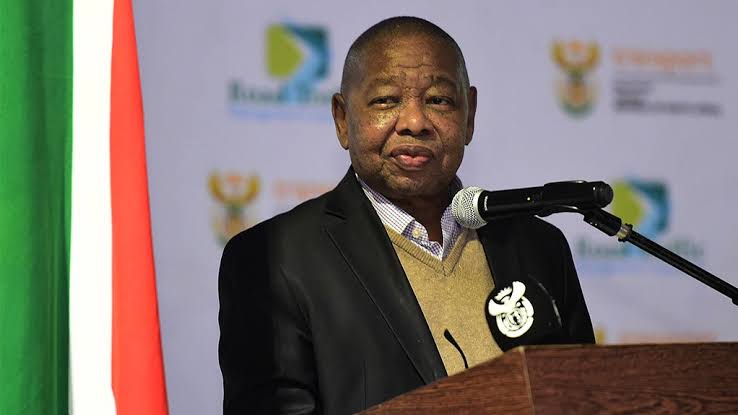 He was born on 14 April 1958 in Edendale near Pietermaritzburg, South Africa. Nzimande is 64 years old as of 2022 and celebrates his birthday on April 14th every year.

He attended the Roman Catholic School, Henryville,  Plessiers Lower Primary School and then Mthethomusha School in Edendale. Nzimande matriculated in 1975 at Georgetown High, Edendale. He obtained a Psychology Honours degree at the University of Natal in 1980, a master’s degree in Industrial Psychology in 1981, and a PhD from the same university in the field of Sociology.

In 1976 Nzimande enrolled at the University of Zululand to study for a BA degree in Public Administration and Psychology. He became involved in student activity, including a food boycott and demonstrations against the award of an honorary doctorate to Prince Mangosuthu Buthelezi in May 1976. Nzimande returned to university in 1977 and completed his degree in 1979.

He is married to Phumelele Ntombela-Nzimande, an executive at SABC group.

In 1982 Nzimande undertook his internship in Industrial Psychology in the personnel department of Tongaat Hulett Sugar Ltd. There he met Jay Naidoo and began working informally with unions, addressing union seminars on job grading and other issues. He resigned his job in 1984.

Nzimande was then offered a post as a lecturer at the Umlazi branch of the University of Zululand where he founded the Department of Industrial Psychology on that campus. At the same time, he became increasingly involved with the trade unions and served on the editorial board of the South African Labour Bulletin in 1986. He also continued to assist with trade unions seminars teaching the history of trade unionism.

Nzimande lectured until June 1987 and then joined the University of Natal, Durban to lecture in the Psychology Department.

Nzimande has an estimated net worth of $1 million which he has earned from his successful career.