Lauritz Laurie Dippenaar is a South African millionaire businessman, investor & banker who was the Chairman of FirstRand financial Group.

He is well known for his philanthropic activities and he also runs a scholarship programme through his generous endowments. 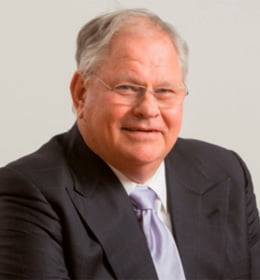 He is married to Estelle and together they have three children. Some of his hobbies include watching rugby, Canoeing and cycling.

Dippenaar graduated with a Master of Commerce from Pretoria University, qualified as a Chartered Accountant with KPMG, and spent three years with the Industrial Development Corporation of South Africa.

In 1977, he founded Rand Consolidated Investing which is FirstRand’s predecessor, along with Paul Harris and Gerrit Ferreira.

From 1992 until the formation of FirstRand in 1998, he served as executive chairman of RMB. He was appointed as the first chief executive of FirstRand and held this position until the end of 2005 when he was selected as a chairman for a non-executive role in 2008.

The Laurie Dippenaar Postgraduate Scholarship for International Study is sponsored by him.

The scholarship is available to a South African citizen and is awarded annually and for study outside South Africa in any discipline at the internationally recognized University of their choice for a Postgraduate degree.

He has a net worth of $650 million making him one of the richest men in South Africa.

Guide on How To Start Petrol Station in South Africa