Lesley-Ann Brandt (born 2 December 1981) is a South African actress and producer known for her roles in the film Painkillers and in the television series Spartacus: War of the Damned, Gotham, and Lucifer. 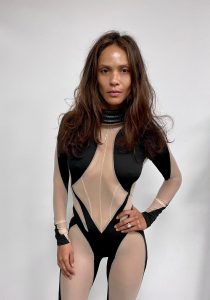 She was born on the 2nd of December 1981 in South Africa. As of 2021, she is 40 years old and celebrates her birthday on December 2nd every year.

She has an estimated net worth of $2 million which she has earned as an actress.