Lesley Musina (born 24 October 1980) is a South African Actor, Voice Over Artist, MC and DJ. He is popular for his role as prince Todani on ETV’s Scandal.

He’s currently a lead actor on SABC 2’s leading soap opera, Muvhango where he plays the role of Ndalamo and also the presenter of Speak Out, a consumer rights show on SABC 2. 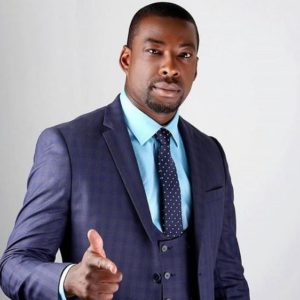 He has an estimated net worth of $100,000 to $1 million which he has earned from his acting career.

Yesterday at day 2 of Solly and Ruth Mabula’s wedding in Ga-Nchabeleng and Ga-Nkoana, Sekhukhune District, Limpopo province. I wanna thank the people of Sekhukhune, their municipality, business people and traditional leaders for always showing me love. Ya’ll hold a very special high ranking in my heart’s affections. I was styled and dressed 👔👖by @brotailor_s_designs @successmangena and shoes 👞 by @pablocouture {Just Swipe Left}••••

Lesley Musina robbed at gunpoint with his four-year-old son

Lesley Musina is grateful that he and his four-year-old son were unharmed during an armed robbery.

“We always appreciate surviving unscathed and unharmed. What was most disturbing for me is that my 4-year-old son witnessed the whole terrible ordeal,” he said before he went into the details of Thursday night.

Lesley took to Instagram to share how what was supposed to be a simple trip to the petrol station to buy his son a bar of chocolate ended up with him at the police station reporting the robbery at gunpoint.

“I went to Total garage to go buy chocolate for my son who had been nagging me about it. I hardly ever go to that garage but was too lazy to go to the 24 hour Spar up the road as I didn’t wanna stand in a long queue.

So I got to the garage, left my son in the car watching cartoons on my other phone. I didn’t want to go into the shop with him as I wanted to quickly buy and leave.”

Lesley wrote that as predicted he quickly bought the chocolate and made his way back to the car only to realise as he opened his car door that he was surrounded by four men with guns.

“As I opened my door, I heard a man’s voice yelling: Lie down, the next thing I was being manhandled. At first, I thought it was someone I know pulling a prank on me. I looked up and saw four men, wearing hoodies and bandanas covering the lower part of their faces.”

The actor said they took one of his cellphones which were in his pocket and as they continued to manhandle him, his son began screaming helplessly at which point the men fled.

Lesley said he chased after them on impulse until he realised that he couldn’t leave his son alone.

“At that time my son was crying and screaming helplessly. The four men then fled, I chased them for a few meters but realised, I can’t leave my son behind. I then went to my car and tried to chase them.”

The former Muvhango actor explained that he lost them in pursuit but later saw commotion a few meters from where he was.

“I can confirm that a case has been opened by Lesley (Musina) for robbery but at this stage, no one has been arrested.” 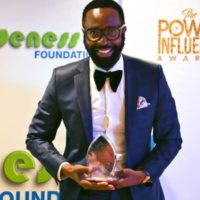 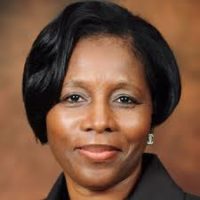