Mmabatho Montsho (born 19 October 1983) is a popular South African actress, filmmaker and fashion designer. She was born on in Soweto, Johannesburg, South Africa.

She has two brothers and a sister and spent the majority of her childhood years in Carletonville, the Free State and the City of Ekurhuleni.

Mmabatho appeared as a guest actress on SABC 1’s A Place Called Home and was also part of e.tv’s Rhythm City in 2007.

She is currently married to Mbuyiseni Ndlozi who is a member of the EFF.

She has an estimated net worth of $100,000 to $1 million which she has earned from acting.

An oldie and a cutie #tbt 🖤 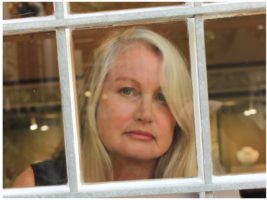