Ngizwe Mchunu whose real name is Ngizwenkosi Brian Mchunu is a South African TV and radio personality that worked with Ukhozi FM. 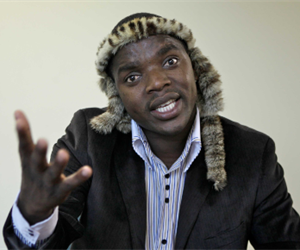 He attended the University of KwaZulu-Natal for a six-month course on Communication with an emphasis on Speech and Drama and Computer Literacy.

The South African presenter has had three marriages. Sphelele Nxumalo and Lindi Khuzwayo were his first two wives, and he divorced both of them.

Traditional marriages with the first two spouses, on the other hand, were not recognized as valid because they were not registered with the Department of Home Affairs.

This comes after Ukhozi FM kicked him out earlier this year. The justification for Ngizwe’s dismissal was cited by Ukhozi as misconduct.

He has an estimated net worth of $70,000 which he has earned as a radio presenter.