Nonhle Ndala (born 23 May 1983) is a South African fitness trainer and reality star. She is a fitness trainer for the current season of Bootcamp Mzansi – Celebrity Edition.

She was part of the reality show Diski Divas which airs on Mzansi Magic Channel 161. 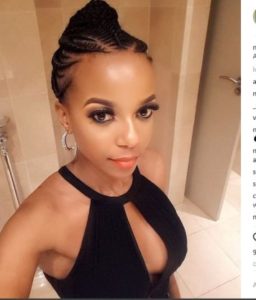 She was born on the 23rd of May 1983 in Heidelberg, South Africa. Nonhle Ndala is 39 years old as of 2022 and celebrates her birthday on May 23rd every year.

She is currently married to Andile Jali. Through the traditional Xhosa ceremony, she was welcomed into Andile’s family. She was paraded by Andile’s mother through the streets of their township.

Nonhle together with her husband Andile Jali, have twins that were given birth to in June 2017. They are known as Andile Junior and Amarè.

She was formerly married to Themba Msiza. Together they have a daughter named Aurelie who was born before their separation. Nonhle was 17 years old when she had her daughter, Aurelie.

She has an estimated net worth of $300,000 which she has earned as a fitness trainer and reality star.