Ntate Daniel Kgwadi (born 28 July 1967) is the vice-chancellor and previous rector of the North-West University (NWU) in South Africa. 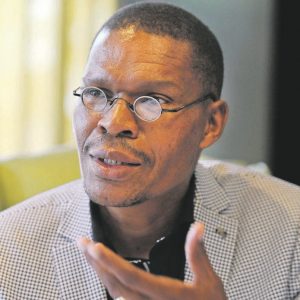 He is married to Mable Kgwadi

He was named rector of North-West University’s Mafikeng campus in 2004 when the university was founded. Until 2014, he held this position.

After a video appeared in 2014 showing first-year students making a Hitler salute, then-vice-chancellor Theuns Eloff resigned, despite an investigation finding no racial intent. Eloff stepped down as a gesture of goodwill.

With effect from April 1, 2014, Kgwadi was named Vice-Chancellor of the university. Kgwadi was the first black vice-chancellor who did not speak Afrikaans. He works out of the Potchefstroom headquarters.

When Kgwadi took office, more than half of the kids spoke Afrikaans as their first language. The university organized interpreter programs (in class). Exams were given in either English or Afrikaans to students. Kgwadi intended for there to be no dominant language.