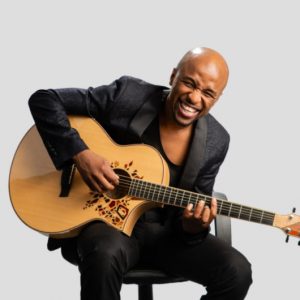 Tats is a happily married man but he prefers to keep his personal life private and has not disclosed his wife’s name or any information regarding his marriage.

Nkonzo is most known for his musical parts on the eNCA’s satirical news show Late Nite News with Loyiso Gola’s fourth season in 2012. In 2005, he was a Top 24 finalist in the third season of M-reality Net’s show Idols.

Nkonzo’s big break came in 2008, when he reached the Top 8 of the SABC1 reality show So You Think You’re Funny! He was asked to tour with the season’s Top 3 after the competition ended.

Nkonzo performed in the Baxter Theatre in Cape Town, the Market Theatre in Johannesburg, and the Pieter Torien Theatre in Pietersburg (Monte Casino). In Nik Rabinowitz’s one-man shows You Can’t Be Serious and Stand and Deliver, he was the opening act.

He has an estimated net worth of $200,000 which he has earned as a comedian and television personality.

How to become a Successful Motivational Speaker