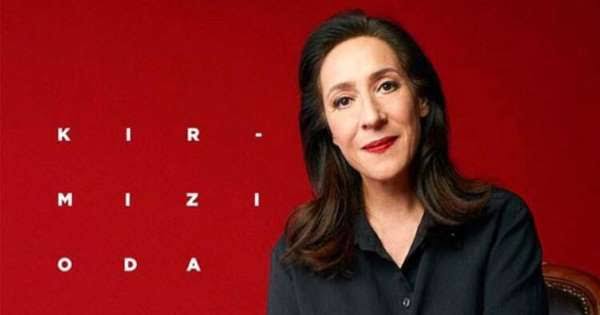 Boncuk looks worried as she searches for the wise man. She thinks that one of them left her. Boncuk talks about Can and their meeting. Her joy and happiness can be seen in her eyes when she talks about Can. She tells Doctor that Can visited her in Istanbul, but she couldn’t meet him as her sister locked the door.

This makes Boncuk really agitated, she starts to cry. Then we see the trauma behind her fear. Kenan locked Boncuk and her sister and did not let them go. They had to listen their mother’s sufferings.

We see the damage Kenan did when Boncuk was just a little girl. She is confused and cannot recognize what is real and what is not. Doctor advices Sadik to take care of Boncuk carefully. Piraye and Deniz argue as he wants to tell Doctor about their relationship. Also, Piraye wonders what made Ayse leave the office.

Doctor wants to learn Ayse’s past. We see that Ayse had a difficult childhood since her father had alcohol problems. It is obvious that these occasions made a huge impact on her life.

Ayse’s alcoholic father wounds the memories of her childhood. As she tells the Doctor about her past, we witness how bad things kept happening to her as her family broke.

Kumru on the other hand, takes a step back from the cliff of darkness thanks to her daughter, but the ground she stands on is still not safe. The Doctor tries to communicate with her as the glooming dark clouds cover Kumru and prevent the woman from seeing the world as it is.

Kumru talks about her life with Yavuz. She had everything from clothes to jewellery. However, Yavuz lies to Kumru about his work and reasons why he is beaten. Kumru wants to believe him but also, she knows that something is wrong. She chooses to see everything from the bright side.

In Kumru’s birthday, Yavuz sells her to one of the gamblers in exchange for his debt. Kumru blames herself but telling everything to the Doctor is her first steps for recovery.

Boncuk is both frustrated and sad because the wise men stopped visiting her. She thinks that they are not coming because she is a bad girl. She degrades herself because she is a married woman who meets Can. Also, Boncuk starts to remember her memories from her past, but her sister denies those bad memories.

We see that Can followed her to Istanbul and gives her a letter. The pure happiness and excitement can be seen in Boncuk’s face.

Boncuk is worried that Doctor will judge her but Doctor always reassures her that she is not doing anything wrong. We see that Boncuk meets Can after reading his letter; however, Can disappears and Boncuk realizes that he was just a dream. She falls to the ground and starts to have a seizure.

We see Boncuk’s sadness over realizing that she was hallucinating some people in her life. She talks about how difficult it is to deal with loneliness. Deniz and Piraye have an argument about their relationship. They both get angry and Deniz leaves the room.

Doctor and Ayse talk about Ayse’s childhood after her father died. Ayse talks about how she could not take the time to grieve after his father’s loss. She even blamed herself for his death.

Ayse talks with the Doctor about her past. After she lost her father, her mother also disappeared from her life which affected her deeply. Her grandma became her mother, but nobody filled the void inside her as there was not any father figure in her life.

Kumru hurts herself to hurt Yavuz and she blames the Doctor about her outbreaks. However, she realizes that talking about her past is a way of relief. We see that after she was raped, Yavuz begged Kumru to forgive him.

Kumru cut herself in her sleep to numb the pain in her heart. We see that she tries to clean herself as if it would help her to feel better. Yavuz acts like nothing happened and he is ready to do anything for Kumru.

Kumru tells to the doctor about a guy she met when she was working. We see that he was a different, decent guy. And this is why Kumru didn’t go away with him. We see she rejected him to keep him out of trouble. Finally Kumru tells also her big secret and we learn Duru is Yavuz’s daughter, not Fahri’s.

Deniz finds out that Aynur and Tuna think he is at odds with Piraye. They decide to pretend they can’t get along well. Ayse tells of her plans after quitting her job at the clinic.

We see Ayse’s troubled past as she had to be separated from her grandmother and grandfather even though she started to see them as her father and mother. When Ayse’s mother got married, she had to go with her which affected her deeply.

Boncuk thinks that somebody is trying to kill her. When she sees a rat, she goes to the grocery store to get poison. When the old man warns her about it, she thinks that she has to be careful because someone follows and tries to kill her.

Boncuk thinks that Rezzan and Sadik try to kill her. Doctor tries to calm her down, but she does not listen. Boncuk sees Kenan and gets scared. All the bad memories come back to her. She wants to see the wise men again. Doctor decides that she needs to stay in the hospital, but Sadik does not agree with the Doctor.

The Doctor thinks that it is now time to find the real beginning point of deep scars in Kumru’s life and asks her about her childhood. Kumru reveals that the abuse in her life was already in her life when she was a child. Her mother marries Servet, and the nightmare for Kumru begins behind closed doors.

The weight of the horrors of her past affects Kumru’s whole life. Child abuse, after all those years, still wraps around Kumru’s life like a poisonous ivy. The deep scars stay, but the bleeding finally stops. Doctor Ayse and the clinic eats together one last time before she leaves.

An unexpected guest arrives to the clinic with an uncanny vibe. The Doctor and the others don’t know what to do. After seeing their guns and behavior, the Doctor gets mad, but there is more to this new guest than what he shows to the outside. Daredevil Sadi makes his entrance as his panic attack problem surfaces.

The three wise men are back, and Boncuk is once again in a good mood, smiling all the time. With her hidden intentions, she comes to visit the Doctor “one last time” but the Doctor figures what she is hiding from her demeanor. The only missing part is the reason why.

The Doctor tries to do whatever she can to save Boncuk from the dream world she fell into. Boncuk’s sister Rezzan talks with the Doctor, and they decide to take Boncuk to a facility as soon as possible for a stay. Rezzan’s husband Hüseyin neglects Boncuk’s needs once more, and maybe for the last time…

The truths win over the dreams, and make Boncuk feel as if she lives in a dream now. After the serious accident, Sadik immediately returns back to the country for Boncuk, and she hears the words she needed the most from her husband.

New patients arrive for a couple therapy but what they want is the exact opposite of each other, and the way they interpret the world is completely different. The Doctor tries to understand how Recai and Nazli’s relationship works as she talks to them.

Nazli feels awful and miserable as Recai wants to get a divorce. She keeps asking Doctor to reunite them. We see that Nazli didn’t have a normal childhood because her mother was a dominant person.

Kumru is finally ready to talk about her childhood. She keeps crying while telling Doctor about her abusive father who raped her. When her mother didn’t believe in her, she felt worse.

Kumru is traumatized because her mother didn’t believe in her. That is the reason why she keeps asking the Doctor if she believes in her or not. Instead of protecting her daughter, Kumru’s mother sent her to her grandmother’s house.

While Sadi is walking to the Doctor’s office, she sees a man who is about to hit a woman. He prevents it immediately.