Have you always desired to study in one of Tanzania’s top higher institutions, yet you have no clue about which ones are the best options to select from? Then worry no more. We’ve got you covered. Yes, you opened the right link. 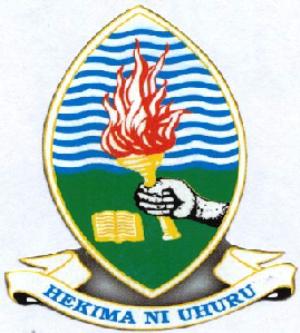 This article features the top Universities in Tanzania which offer you a conducive learning environment as you fulfil your desire to pursue your career.

The institution offers Tanzanian Commission for Universities accredited courses and programs which lead to officially recognized degrees in diverse areas of study. Dar Es Salaam University is located in Dar Es Salaam’s largest city land, which also is known as the capital city of Tanzania. The institution provides about 70 – 80% admission for both local and international candidates.

It was established in the year 1984. The Sokoine University of Agriculture has campuses in places like Arusha and Lushoto. The institution is of great renown in Tanzania, and expectedly it is accredited by the Tanzanian Commission for Universities.

Speaking of population, this institution has a total population count of over 5, 900 enrolled students.

Situated in Arusha, Northern Tanzania, the Nelson Mandela African Institute of Science and Technology is one of the pan African institutes of technology and science and one of the best Universities in Tanzania, notwithstanding its status as a private University.

It was established for the goal of developing and training up the next generation of African engineers and scientists to bring about a change that will lead to the advancement and development of the continent.

4. The University of Dodoma

The University of Dodoma was established in the year 2007 in the rural setting of the Dodoma city which has an inhabitant of over 2 million people. The establishment of the institution is laudable as it is a non-profitable University with a student population of over 14,000.

The University of Dodoma offers various courses and programs which are highly recognized in providing degree certificates in various fields of study.

5. The Muhimbili University of Health and Allied Sciences

This institution is ranked 5th nationally and occupies the 5853 positions on the global ranking. Students enrolled in the university are offering a variety of courses depending on their choice.

Mzumbe University is a leading African university located in Mvomeri district in Morogoro region in Tanzania. Recognized and accredited in Tanzania, the institution is not unknown in the country. It was established in the year 2001.

7. The State University of Zanzibar

The State University of Zanzibar is a public university located on Unguja Island in Zanzibar, Tanzania. It became operational in 2002; nonetheless, it should be mentioned that it was established by an act of House of Representatives of Zanzibar in 1999.

It has an affiliation with the association of Commonwealth Universities. It has a number of students totalling 2,000.

This University was founded in the year 1996 by the Evangelical Lutheran Church in Tanzania. This University is a Christ-centered institution known for conducting its program based on the Christians belief.

This University making its way up to the list of the best Universities in Tanzania shows that it offers quality services in various programs. And as expected, it is accredited and its programs are recognized by the Tanzania Commission for Universities.

This university is a private owned University controlled by the Catholic Church and one of the best Universities in Tanzania. This institution was established in the year 1998 and handed over to St Augustine of Hippo. This great citadel of knowledge and learning possesses unique features that enable a perfect and distinct character.

The St. Augustine University of Tanzania has a total enrolled student population of 7037, and as such, the University ensures adequate learning and teaching infrastructure and grants access to every student in accessing the 28 lecture halls available in the institution.

This is a private Islamic institution in Tanzania. It was established in 2004. the university currently offers a total of 18 non-degree programs. It has five departments and offers eight undergraduate degrees.