Xolani attended St. Marys Secondary School, where he completed his Grade 12 education. He then went ahead to study a diploma in Public Relations Management or Media Studies at Natal Technikon, Durban, Kwa Zulu Natal, in 1993.

Xolani was the eldest child in a family of five children. He had three brothers and one sister and his parents are still alive. 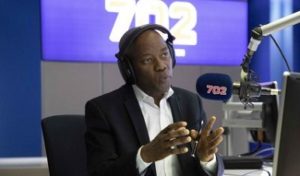 He was born in the year 1975 in Impendle, Pietermaritzburg, South Africa and died October 2019. Xolani was 44 years old as at the time of his death.

He proposed to Peggy Sue Khumalo a former Miss South Africa and CEO at the Standard Bank, South Africa in 1996. They tied the wedding knot in a simple ceremony in Impendle, Kwa Zulu Natal. Together, they have two lovely daughters.

Before the diagnosis, he had a fever and was feeling ill. He was put on antibiotics but did not get better. His wife, Peggy Sue, suggested that he should seek further medical attention.

After conducting tests, the doctors discovered that he had cancer in the liver and traced it back to the colon. The disease was at an advanced stage, but the perfect health of his unaffected organs enabled him to get treatment immediately. Xolani Gwala oncologist has been observing him closely ever since the diagnosis was made.

As per his latest update, he was in remission from cancer. He credited the support from his wife, Peggy Sue, as the reason why he made it alive. He and his wife are also thankful to the medical team that took care of him, and for the overwhelming support, they received from South Africans.

Xolani Gwala died at the age of 44 after succumbing to a lengthy battle with cancer. The family confirmed the news on Friday, November 1st, 2019 on Talk Radio 702.