Brandon October (born 30 May 1977) is a South African singer who came to fame as the runner-up of the inaugural season of the music reality TV competition Idols, in 2002. 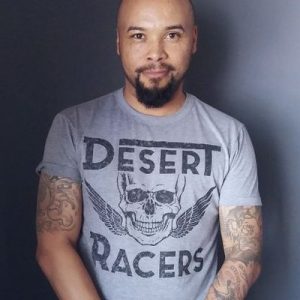 Because of his abilities to perform in both English and Afrikaans, he has been invited to perform at major events throughout South Africa, Africa, and the world.

In 2002, he delivered the opening theme song for the World Summit for Sustainable Development, which was televised to millions of people throughout the world.

He travels regularly throughout South Africa, singing and entertaining audiences, as well as throughout Africa, visiting Namibia, Botswana, Zimbabwe, and Zambia.

Many periodicals and newspapers in South Africa and Africa have published and featured him on their covers.

Because of his media clout, he’s been able to get sponsorships from well-known South African firms as well as worldwide brands like Tommy Hilfiger and Sennheiser.

His debut album, Temptation, was released in October 2003 and received a SAMA nomination for Best Pop Album in 2004.