Cristiano Ronaldo (born 5 February 1985) is not an unknown name. In fact the name is one of the most popular names in the world today, transcending even the reason the name became popular – football, to the regular everyday life.

His more than a decade rivalry with Lionel Messi at the top of football, his goals and assists, his records, his drama, his history, his popularity on social media (and off social media), and it goes on and on. 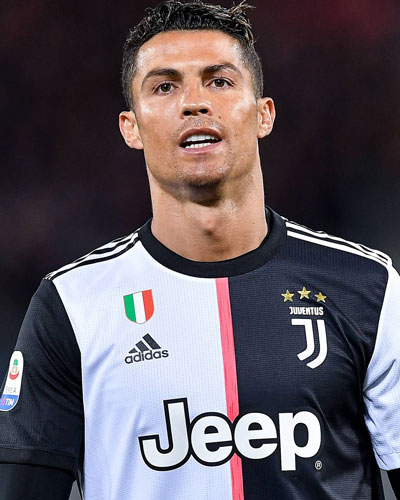 The Portuguese was born on the 5th of February, 1985 in Funchal, Madeira, Portugal. He is the last child of four, born to Maria Dolores dos Santos and Jose Dinis Aveiro.

Ronald Reagan, one of Jose Dinis Aveiro (Ronaldo’s father) favourite actors, was the inspiration for the name Ronaldo. Ronaldo got into football through his father, who was an equipment manager at a boy’s club.

At the age of 10, he had already been recognised as a phenomenon who just always wanted to play football. His talent and legend grew considerably in his early teens, and in 2001, he signed for Sporting Lisbon, after a stint with Nacional da liha da Madeira.

He won three premier league titles at Manchester United and won the World Player of the Year in 2008 after scoring 42 goals that season.

His time at Real Madrid peaked his rivalry with Lionel Messi of Barcelona.

At the age of 33, Ronaldo signed for Juventus, for a fee of about £100 million. So far he has scored 53 goals for Juventus in 73 appearances, and won the Italian Seria A with Juventus.

The peak year for Ronaldo with Portugal was 2016, when he led his nation to win their first ever international trophy, the Euros. He described it as one of the happiest moments in his career.

So far he has scored 99 goals for Portugal, and is looking to meet and break Ali Daei (or Iran) international goal record of 109.

Ronaldo is dating Georgina Rodriguez, a beautiful Spanish model. They were first seen publicly together in 2016, and she birthed a girl for Ronaldo, his fourth child.

Cristiano Ronaldo is worth roughly $460 million. This makes him one of the richest athletes in the world.