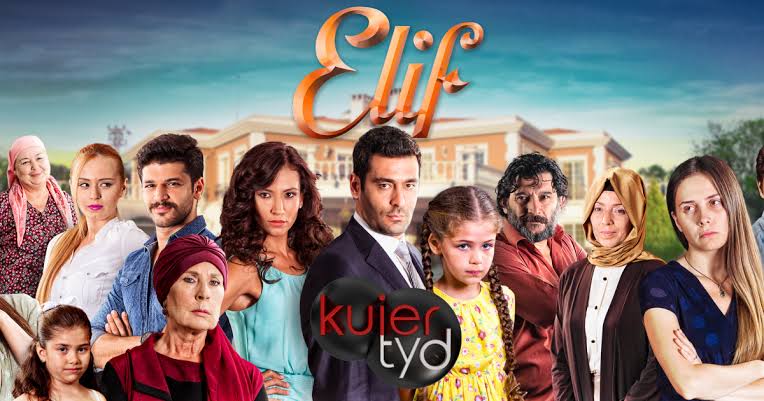 How will Kenan explain the photo in his wallet? Murat makes a drastic decision and Veysel is furious. Can Arzu really not remember anything? Melih and Melek’s relationships takes a turn.

Will Melek believe Melih when he shares the big news, It’s looks like Veysel might facny a lady and Arzu is still in the dark about her past.

Melek’s world is shaken when she finds out the truth about her parents. Veysel has a crush, but is this lady who she seems to be?

Melek confronts Aliye about her past, will she find out the truth? Selim is furious as Erkut keeps harassing Zeynep. Arzu is struggling to come to terms with her memory loss.

Kenan goes on a quest to find out the truth behind Melek’s visit on the farm. Melek confronts Melih about her new findings. As Melek tries to remember her past, she makes a life-changing decision.

Melek and Melih move ever closer to each other after their profound discovery, but this confuses Zeynep and Elif. Wessel sees financial gain in Melek’s newfound business interest.

Melih comes to visit Melek, it is clear they had that “important” chat. While he takes Elif to a park, Melek reveals all to Zeynep. Erkut and Seyda are still trying to discover who the owner of the ring is. Melih and Sadik set up a way to discover who Arzu is meeting with. Ipek wants to start a new life elsewhere.

Erkut fears that Melih will find out the truth about him. He also declares war on Zeynep and Selim.. The opening of Melek’s restaurant is a great success, yet the day ends in tragedy.

An old woman kidnaps Elif from the hospital. Erkut gives the ring to Arzu and forces her to remember who the owner is.

Will Erkut be able to escape before Kenan finds him? Arzu is definitely remembering something. Elif tries her best to make plans to escape. Does Veysel’s girlfriend have a dark background?

Melek falls apart as there is still no trace of Elif. Arzu comes up with a clever plan to get Erkut and herself  out of trouble. Ipek’s study plans causes great conflict within the family.

Melih and Arzu make a deal. Murat makes a confession to Veysel. Will Seyda try to investigate Arzu’s suspicious actions.

Melek nearly loses her mind, searching for Elif. A desperate Arzu is in a race against time to find Elif, because Melih threatens to show the CD to everybody. Veysel seems to have a romantic interest.

Erkut and Arzu are in a lot of trouble. He is wounded and Arzu needs to find Elif to silence Mehlih before he tells everybody the truth. How much more can Melek take and can Melih put the pieces together to find Elif and reunite her with her mother?

Kenan confronts Erkut and has to sift between the lies and truth about Arzu. Tugce tries to run away from home and upsets Arzu. Can Arzu really not remember anything? Will Elif’s plan work to escape? Gonca tries to make sense of a familiar face.

Veysel accuses Erkut of being dishonest, and even Gonca is struggling to know who can be trusted. Murat is hearbroken about Seyda, but will he be seeing her soon?

Murat faces Seyda and wants to know why she disappeared. Veysel and Arzu are working together again.

Tension rises in the family when Aliye threatens Ipek about going to America. Will Erkut survive when Murat threatens to kill him? Sükran’s life is also in danger. How will this affect Elif?

Melek receives a call that can help them find Elif. Will Melek, Melih and Zeynep succeed in their search? Seyda’s cover is blown and Veysel is determined to find out why she is on the farm. Bekir and Nihat find away to get out of the woods, but finds a surprize in the back of their getaway car.

Ipek is off to New York, but what will she do when the farewell becomes increasingly difficult? Kenan confronts Aliye about a document relating to Melek’s past. Bekir and Nihat leave Elif behind, all to herself, in the woods. Melek is at the end of her tether when she receives devastating news.

Melek receives a call from Elif which sparks some hope. Veysel once again has a plan to get hold of the CD. Poor Elif suffers under Sukran’s strict hand. What is Aliye’s plan with Melek?