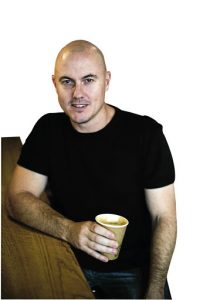 He has worked as a journalist, copywriter, news editor, public relations manager, publishing editor, and, most recently, head of communications and spokesperson for a global firm, with degrees in English, Psychology, and Communications.

Writing is done late at night, in a dark room, close to a small window, with a bright moon overhead. His debut work, Leaving Jack, was written with the help of his three dogs, Jill, Rusty, and Jack. On February 15, 2011, a new hardcover edition of Leaving Jack, titled Finding Jack, was released in the United States.

He has an estimated net worth of $500,000 which he has earned as a writer, director, and award-winning author.